Has it really been 6+ months since I posted here?? I certainly haven't been slacking on my collection.

I've been grabbing a lot of anime lately (plus a little more Western stuff):


I found these poor scifi souls in a Walmart bargain bin and promptly rescued them: 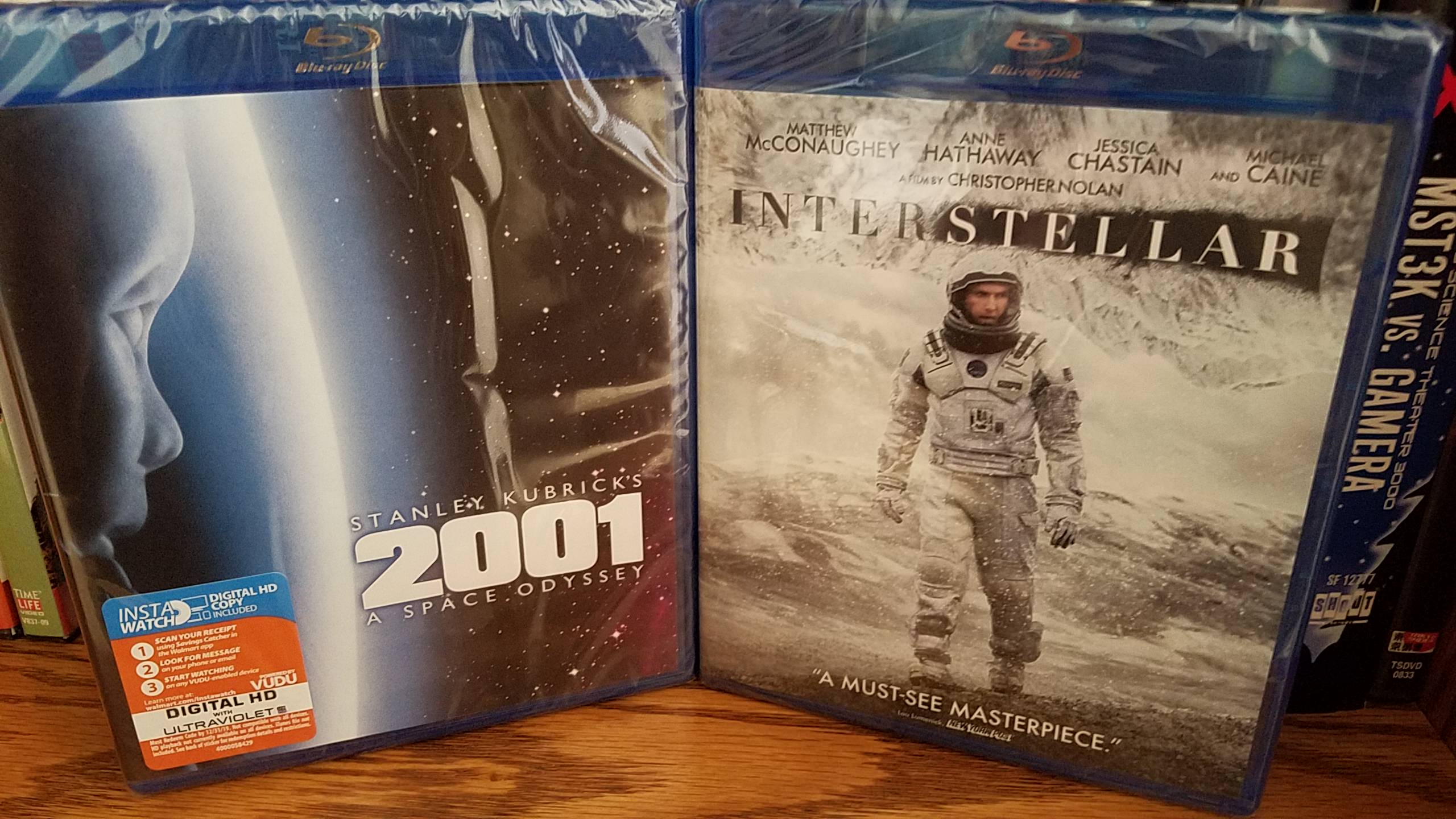 ...Took advantage of the Criterion sale to grab some more eccentric titles for the shelf: 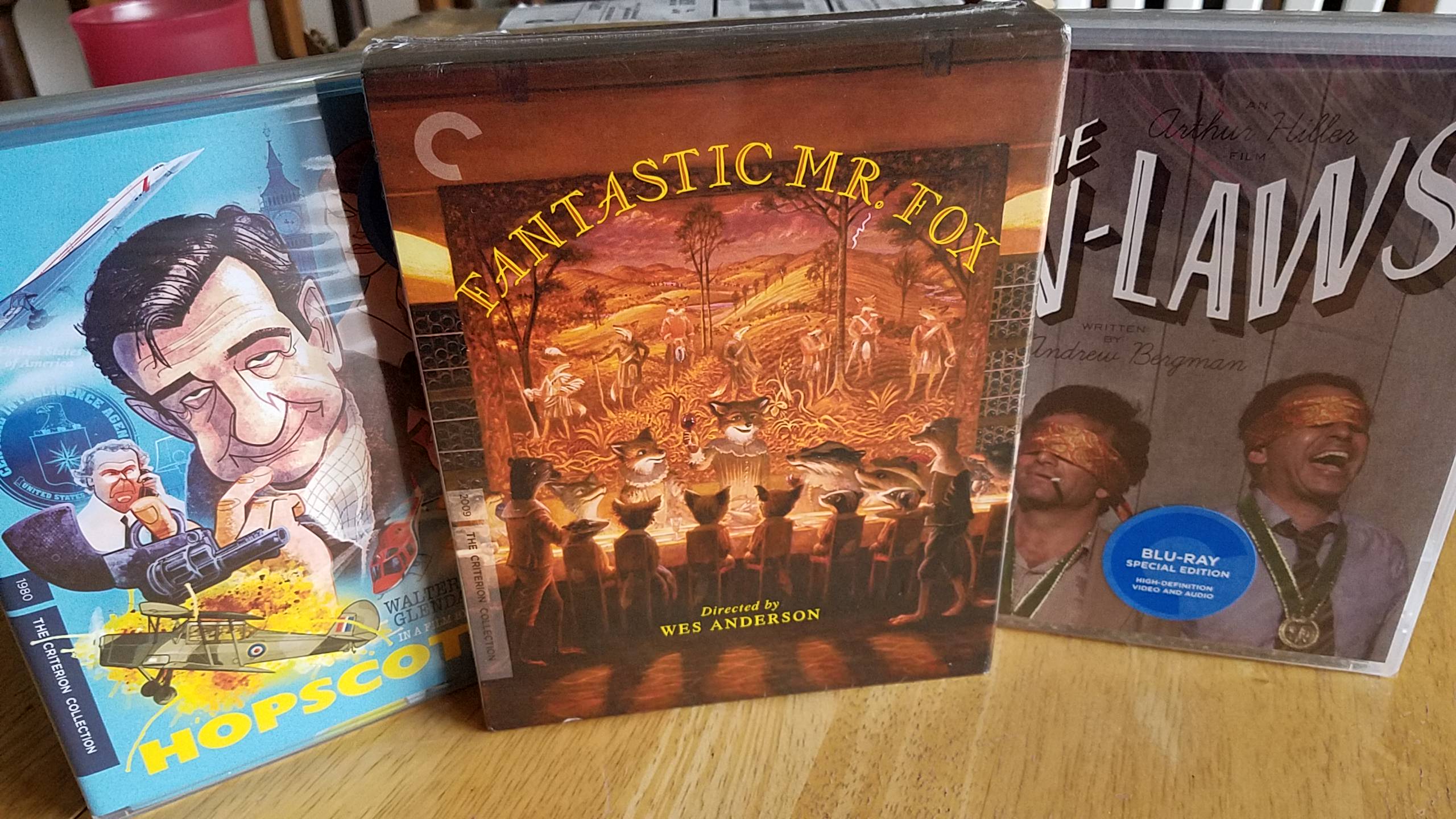 ...And I CERTAINLY wasn't going to let those restocked Media Blasters titles pass me by!


While I was at it, I took a photo for my uncle of all my titles related to giant monsters so far: 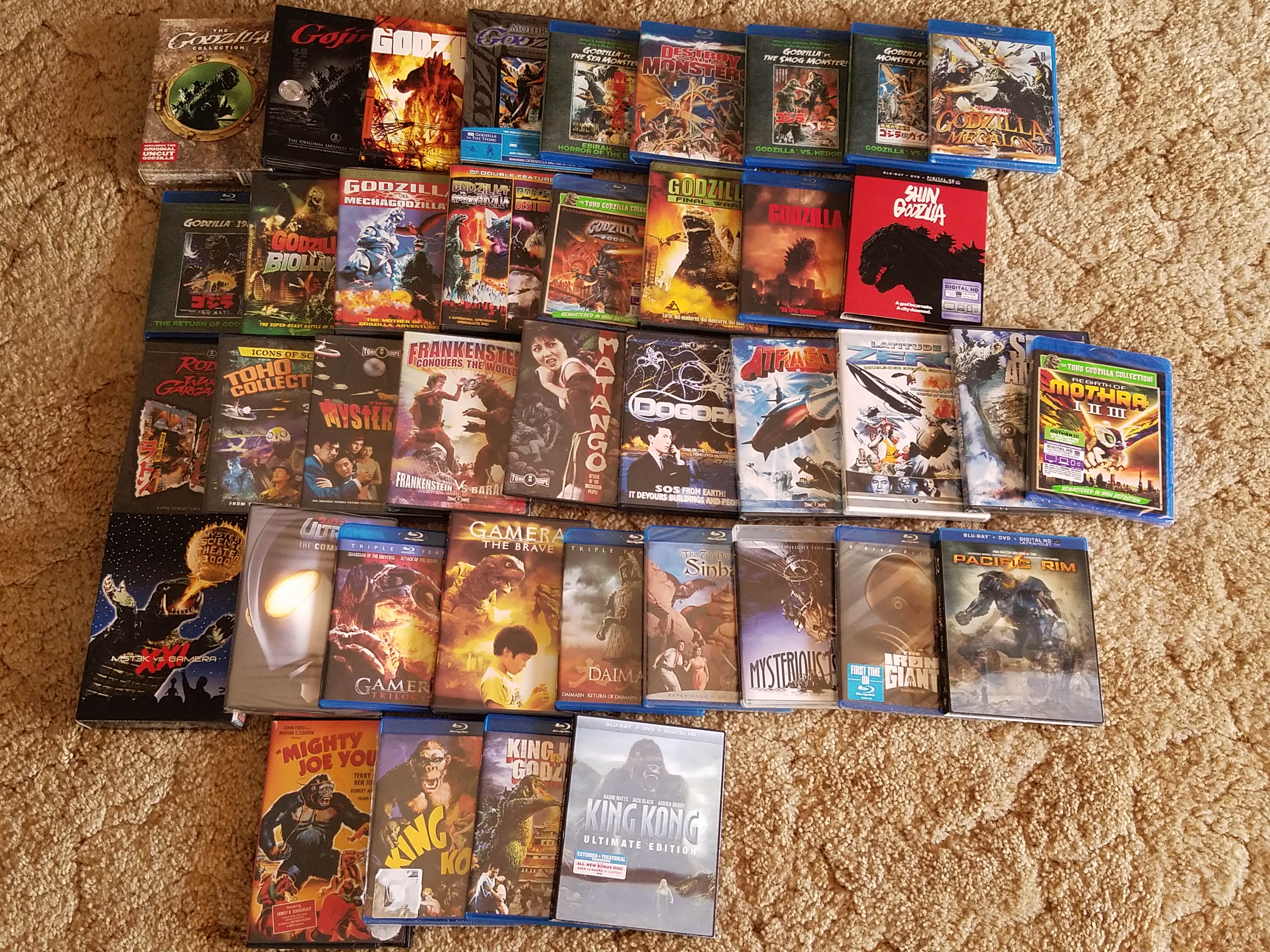 Judging by your collection of giant monster related titles; if you need a short list item for a Christmas gift idea I recommend Warner's Special Effects Collection.

It's new HD transfers of Mighty Joe Young, Son of Kong, Them, and The Beast from 20,000 Fathoms. The movies are also available individually in standard blu-ray cases if you prefer.
Who knows what evil lurks in the hearts of men?

Glad I had already paid for this before the "OH GODZILLA! WHAT TERRIBLE LANGUAGE!" hit the fan. 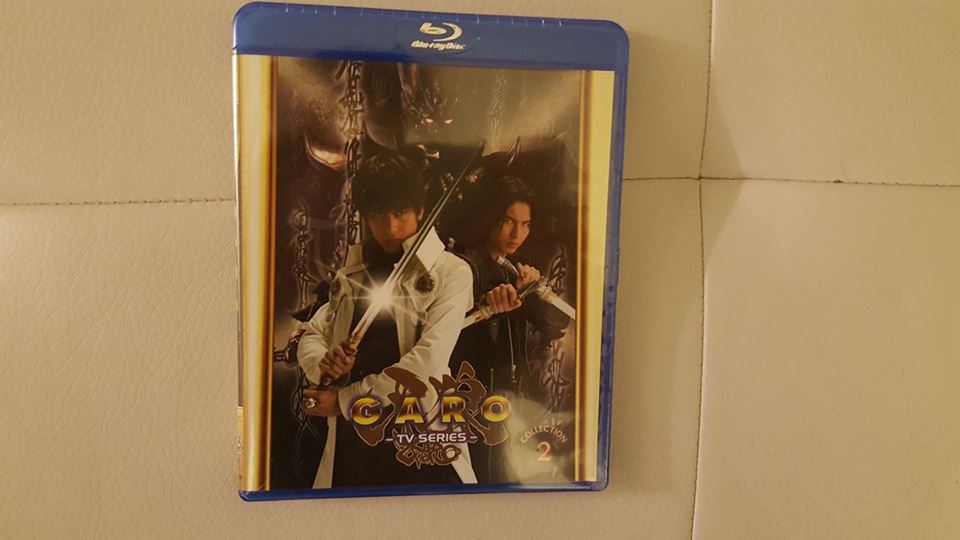 my preorder on Amazon says Dec 12. Where did you order from and are they cheaper than/comparable to Amazon? ($22.89 for v2)

Nothing spectacular, but got Wonder Woman, Spider-Man Homecoming & Cars 3 Blu rays all $7 each at Wal Mart. This is my first Thursday evening actually being out in real time (I usually just wade through the leftover movies the next day) . It surprisingly was not that bad. I was able to get in and out and get everything I wanted in about 15 minuets. I mean granted I wasn't in line for any big ticket items, that was some craziness going on right there, glad I stayed away from there.

Also I'm still so happy that Space Ghost is getting a re-release in a couple of weeks, I have it pre-ordered.
There are no more good TV Shows, only ones that haven't disappointed me yet.

I know I shouldn't have, but considering people actually buy pieces of card board for insane prices on ebay (BD slip cases), I've made quite a few dollars that I was able to justify buying these over the weekend: 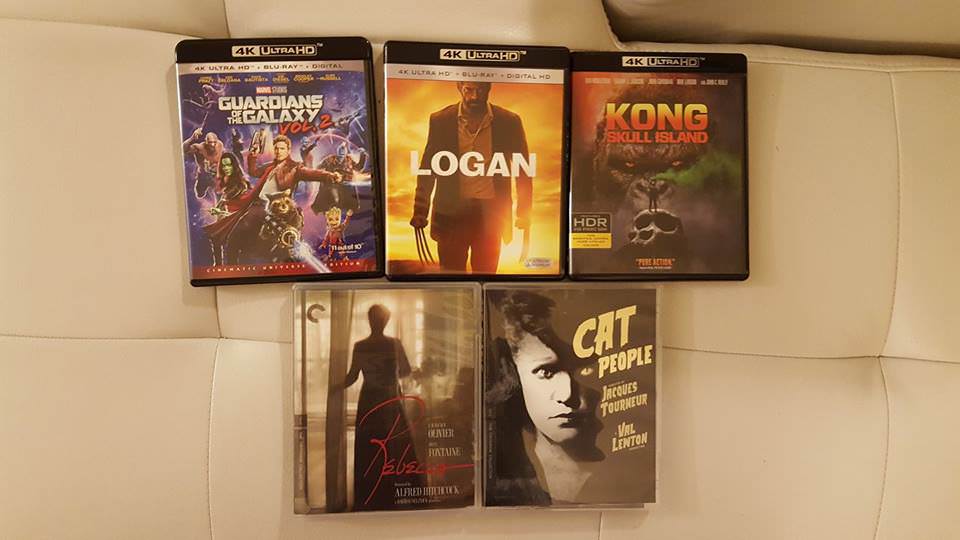 Amazon lowered a lot of their prices on movies for the Black Friday weekend. I ordered BRDs of Wonder Woman, Baby Driver, Don't Breathe, Spider-Man: Homecoming, Power Rangers, and War for the Planet of the Apes all for about $50 with tax and free shipping.

I haven't even seen the latter two yet but since the BRDs are the price of a movie ticket, why not? I'm pretty damn confident in Apes after how great Rise and Dawn were, and if I don't like Power Rangers then I'll just give it to someone as a Christmas gift.

Some classic comedy & drama came in from Amazon last week: 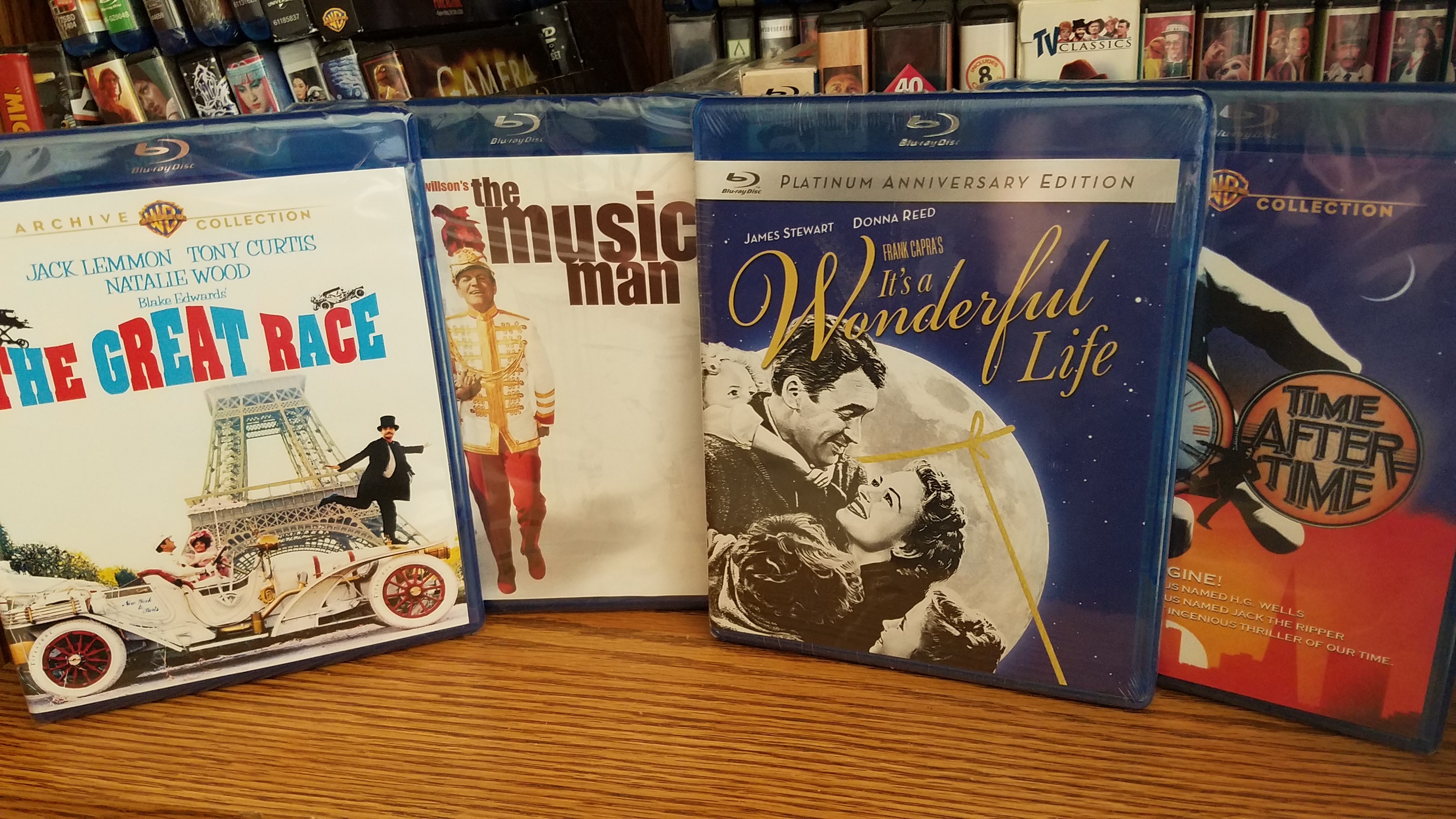 ...And these two were picked up at Meijer post-Black Friday for a grand total of nine dollars: 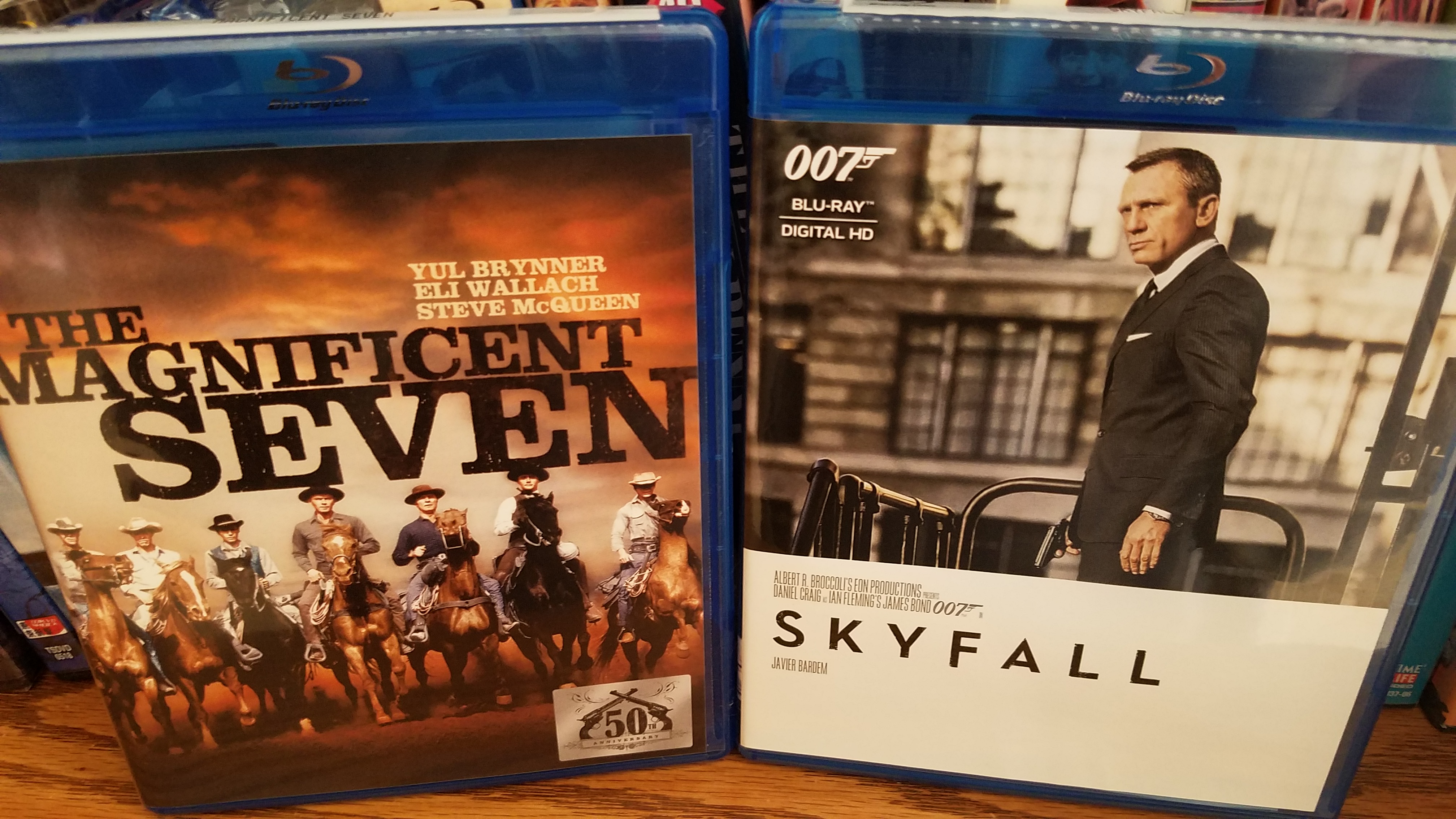 Well, since this week marks the end of the Criterion sale, I thought I would take advantage and buy the two most bizarre features (and ironically, both from 1977) that I have ever seen: "House" is a quirky delight, while "Eraserhead" proved from the very beginning that David Lynch's idiosyncrasies weren't just limited to "Twin Peaks".

I love HOUSE so much. It's a really fun off the wall film with an interesting story and I like all the characters. That said, anyone who is expecting normal narrative structures might be disappointed as its a very weird and stylized film.

Twilight Time can be both a blessing and a curse. When they released "The Golden Voyage of Sinbad" back in Dec. 2013, I was right in the middle of a move, and needless to say, that drained a lot of my resources. At that time, not being able to purchase it, I didn't consider a big deal since I could have always gotten it later. However, what I did not realize was the game Twilight Time liked to play. They only issue so many disks, and once they are low in volume (or sold out) the price for those few remaing skyrockets. Heck, I once saw it listed for over $100 dollars!!! Well, four years later, I finally bought it - still expensive, but not over 100 bucks. "The 3 Worlds of Gulliver" was in a much better price range, though not as cheap as I would have liked either.

Regardless, my Harryhausen blu-ray collection is now complete, unless of course, WB eventually issues "The Animal World", though I get a feeling, we will see that footage once the blu-ray for "The Black Scorpion" or "The Giant Behemoth" are released (or that they decide that "Trog" should have a BD release).
Last edited by Gwangi on Fri Dec 15, 2017 2:09 am, edited 1 time in total.

I have a feeling that once Twilight Time's licenses expire Kino will pick 'em all up and releasee them on far cheaper Blu-Rays.

... not that I resent having bought all of the ones TT released. I've enjoyed them!

The other day I found these surprises in a Walmart bargain bin: 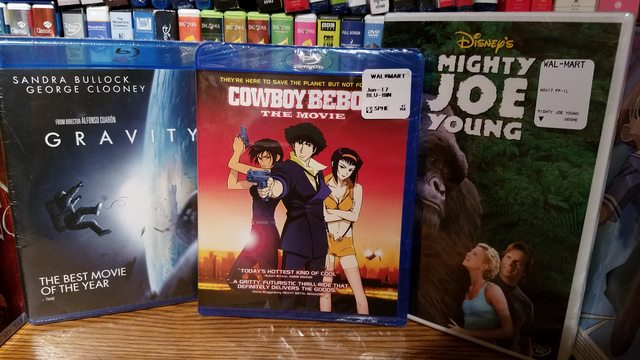 Actually, Mighty Joe Young was a regular shelf item; but it was still only $5.

I really hope Funimation ends up giving us a Blu-Ray release of the Cowboy Bebop movie that doesn't suck monkey balls now that they are a part of Sony.

It Christmas. Got my two fav films of the year with gift card I got:

We got a bunch of BDs for Xmas: 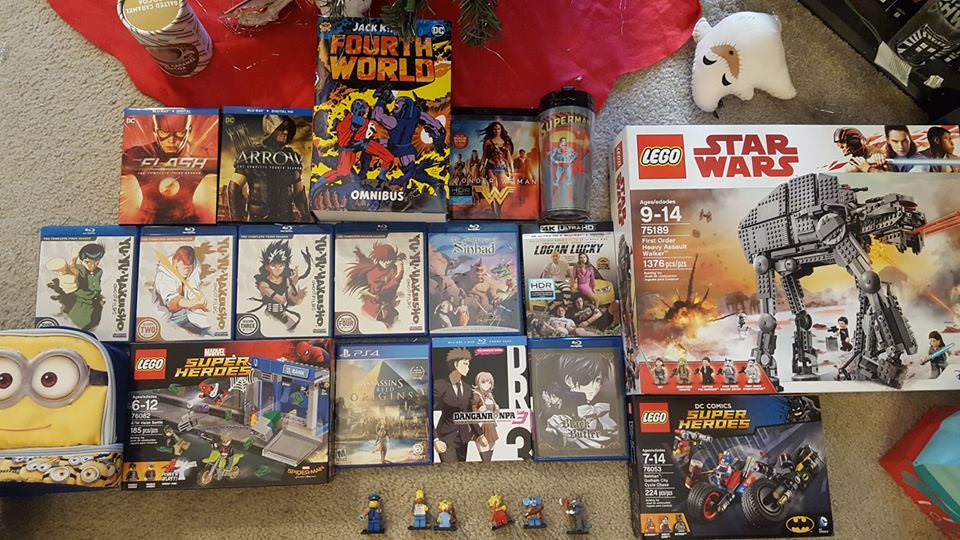 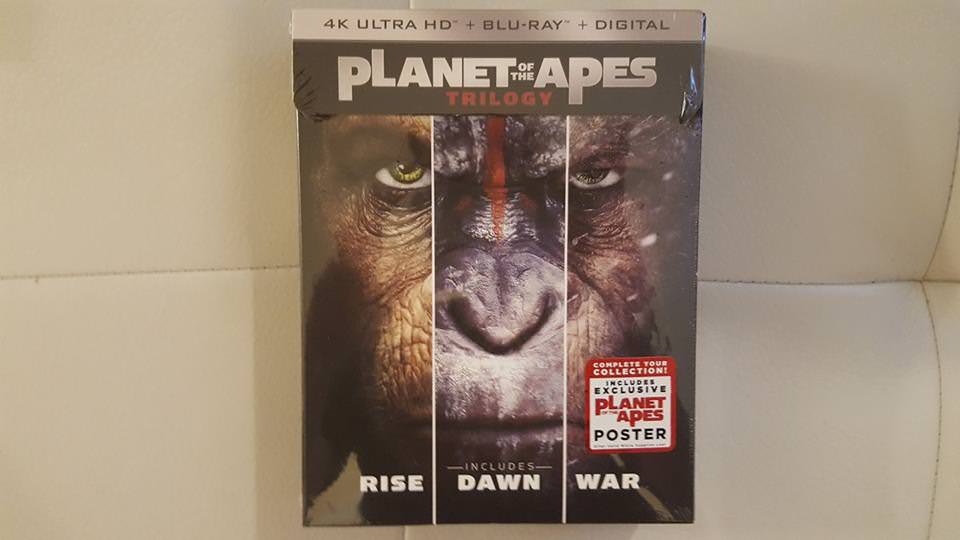 These were the domestic releases I got:

- and these Hong Kong imports: 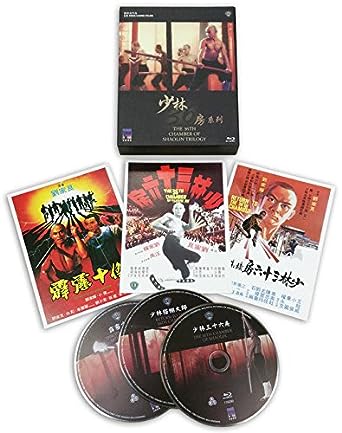 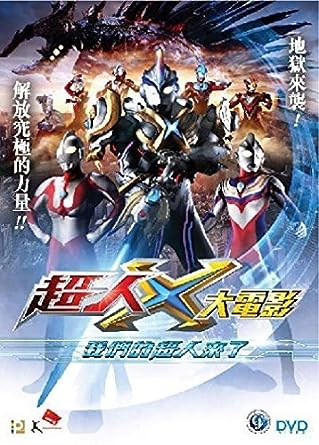