^ Makes sense. Perhaps jelly'll do it?

^ He has thread-merging powers if he chooses to wield them but this thread is yours to retitle. 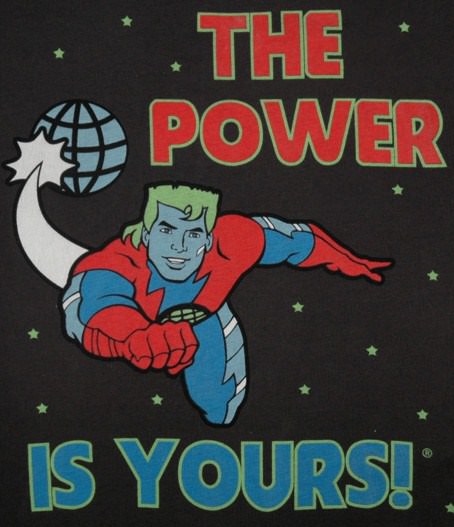 ... but, the other thread already has plenty of spoiler tagged morsels from the supposed test-screening leaks. I made this thread to avoid what I was seeing there.

True. That's why I was thinking the spoiler discussion should probably be what gets moved to a different thread, since most people looking at the main thread probably aren't looking for spoilers. I figure that majority should be able to keep looking at the big thread without worrying about spoilers going forward. I can go back and edit my share of recent spoiler-tagged posts in the big thread if need be.

I want to lay bare my prediction for the KOTM Post-Credit scene based on a few pieces of information:
1- We know there is one.
2- Michael Dougherty has said a Skull Island character will be returning in this movie.
3- I personally think that character is Brooks, who appears in the trailer as the black guy in the background when Godzilla surfaces who looks like he's in absolute GLEE.
4- That timeline piece of viral marketing from back a while that said Brooks led a return mission to Skull Island to check on Kong.


My prediction is something pretty similar to the post credit scene of Skull Island. Brooks will be conducting a meeting, talking about his return mission to Skull Island, and then we'll see some archival footage from that trip....maybe something that shows how Kong has grown over the course of the years.
Gills.

According to the test screener review, Kong is not in the post credits scene nor does it have anything to do with him. I believe Kong only gets a mention in the film and that's it unless they choose to add something else last minute.

Looks like there was another test screening late last week and the film might be a turd....

More
Replying to @xtrowasframed @ManaByte
Not good news. I've heard there was a screening of Godzilla 2 this week at WB, and it was really bad and disjointed.

More
OH NO! Apparently Godzilla 2 sucks according to an early screening. Listen, the early reactions are always back and fourth like that, I don't care about anything until we get closer to the film, don't freak out. Everything so far has been positive.

for some odd reason this much clearer than the other trailer.
ROBOT CO-OP IS GAMING COMEDY
https://robotco-op.com/

I need to post something for the sake of posterity, for my own reference later on.

I have a friend who is a spoiler hound, and I'm 100% convinced he looks up spoilers and then says them in a speculative way to make them sound like predictions and basically vents about spoilers "without spoiling" things.


For example, like 2 months before Skull Island came out, he was like "I bet the post-credit scene is something lame like...oh....I dunno...they're sitting in a board room and then someone from Monarch starts showing a slide show of pictures of cave paintings of the monsters or something" and then after the movie came out he was like "I can't believe I was right!"


In order to call him out, I gotta put this down so I don't forget.
He recently said, "So I've watched the trailer a bunch and I get the feeling that:


At this point, that's pretty much just speculation, but like I said, his "speculations" tend to be oddly specific.
Gills.

I don't get too excited by test screenings. That said most everything I've heard is positive. If the descriptions I've read are accurate, I'll be satisfied with the story. Didn't want to get spoilery but it really doesn't matter because in the context of visually seeing the movie it will all be new.

Besides we KNOW Godzilla has to survive, otherwise Kong will be twirling his weiner in the next movie.

Also it will be a bit different in certain contexts of what we know as Godzilla....and some the same. The key is newbies will not have that history to look on and say they saw that before or, I thought they were friends, etc. The indelible things we know are "Godzilla generally gets beat up before winning a fight, Mechagodzilla nearly killed him before he used lightning to power up, Rodan sacrificing himself to beat MG2 etc. Mothra always "dies" etc.

We fans will see it, and from all accounts, we will get lots of pretty things to look at and lots of monster fights.

One review said the only "drawback" they saw was it was shot out of a cannon and never relents. I will take that any day to "When are we going to see something"

That is the recipe, if it's good, to have legs because it creates "Whoah, I missed something, and need to see it again" effect. Last movie was easy to follow because there was so much downtime between fights and they were so short.

Also I've heard two end credits scenarios....one is as posted above and the other while similar had a different creature depicted....

Either way I'm going to call it, the creature depicted in the post credits above is accurate, after brawling a bit with each other (And maybe taking out some of the other Titans along the way, the two Kings have to work together to defeat the ultimate opponent created by the eco-terrorists. One that could be exceptionally awesome in CGI form. Sure it's the same concept as Batman V Superman, but can be done right....

It's like wrestling...you can have the two top babyfaces square off, problem is who goes over? It's like Sting V Undertaker...someone will win but then one has to lose and tarnish his legacy, what positive does that serve? You bring in the monster heel and they team up together despite their differences. In the end you are left with mutual respect and both carry on defending the planet.

I win!
You must show no mercy, nor have any belief whatsoever in how others judge you... for your greatness will silence them all!

I read in another forum the alternate version to the end credits scene from what is posted above....

You must show no mercy, nor have any belief whatsoever in how others judge you... for your greatness will silence them all!

They've said that there is a definitive winner in the new GvKong movie so what if...

Well it said there would be a winner....doesn't mean death. Even if it does, I'd think it would be Kong but in another sacrificial moment. Either that or Godzilla in the end is less worse for wear and could continue the fight where as Kong is exhausted and near death but Godzilla shows him grace.

Despite K:SI, this is still the Godzilla story and while themes differed in the 60's with less invested in the franchises, at this point, Godzilla has to be the ultimate victor.
You must show no mercy, nor have any belief whatsoever in how others judge you... for your greatness will silence them all!

The movie has been rated by the MPAA for NC-17.

a closer look at those heads and dame i do hope that this the demon on the galaxy.
ROBOT CO-OP IS GAMING COMEDY
https://robotco-op.com/

Looks pretty good. I wonder who will be making the toys for this movie? Still Hasbro? I heard Mattel did a fantastic job with Jurassic World 2 toys. Why not let Mattel get a crack at making Godzilla toys?

Tryin' to steer clear of the speculation, but Dougherty just retweeted this bit of paleontology news and... well, his science related reposts have been mostly rooted in tying into the kaiju for KotM and this dinosaur skull....

... looks a bit like a certain spiky friend, no?

Angillas is an Ankylosaur though. I mean, obviously scientific accuracy is not something I expect from a Godzilla movie, so who knows.

Pachys being possibly omnivorous isn't actually a new idea. It's been suggested long ago. In fact, the first Troodon teeth resemble Pachy teeth. It was thought that Troodon was actually a Pachycephalosaurus at first because of the teeth. There's also speculation that ceratopsians were also omnivorous. They have powerful jaws and slicing teeth, even if they're different from theropods. Both pachys and ceratopsians belong to the clade Marginalcepholia.

They don't really specifically state in G2014, but they just say he's an ancient superspecies.
Gills.