Godzilla is making "Somewhere Over The Rainbow" into an incredibly epic song.

Hadn't seen this poster before, but I dig it. It bears a resemblance to the artwork for GvKG: 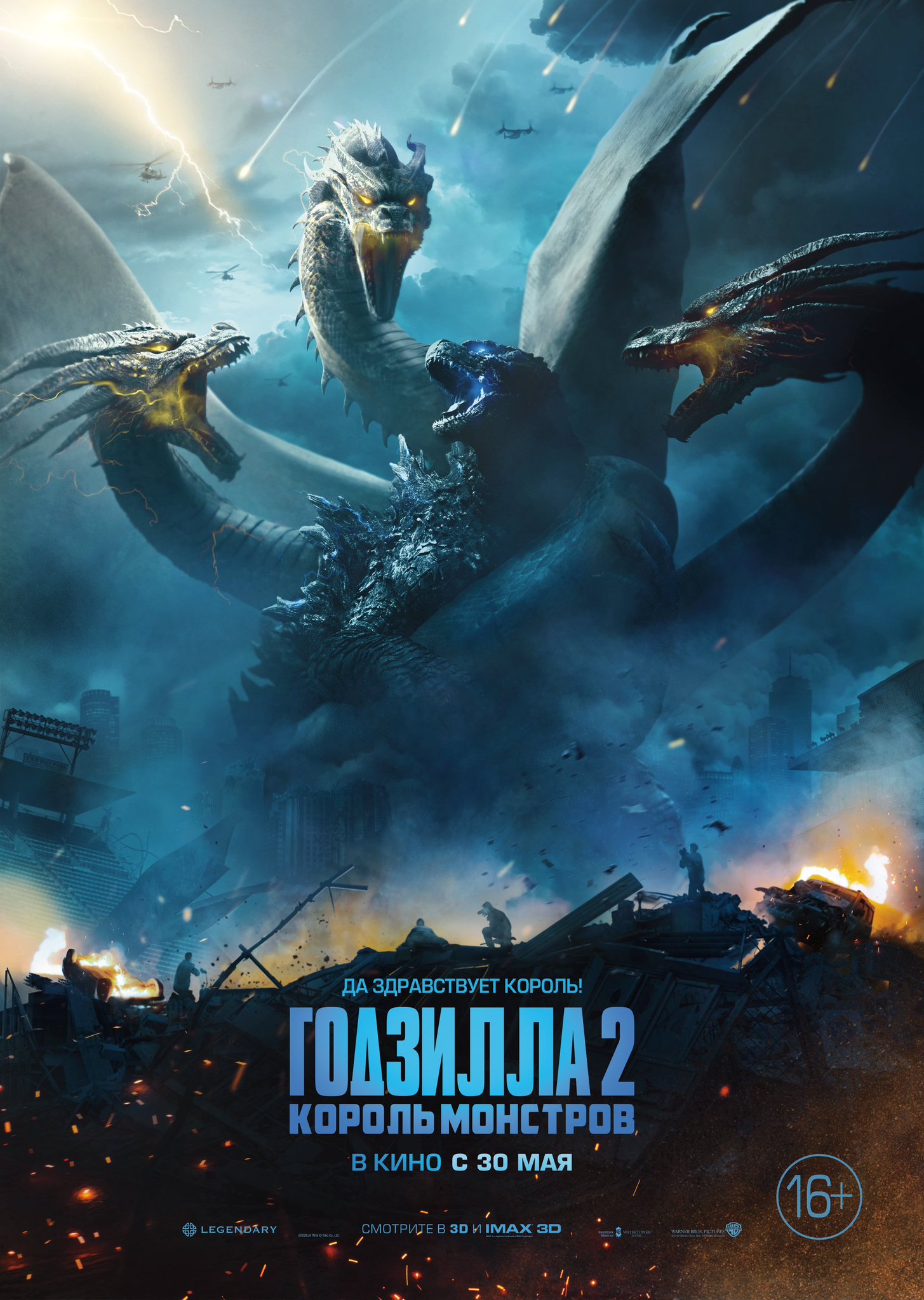 Both of those posters are pretty damn awesome, especially that one.
"Absorb what is useful, discard what is not, add what is uniquely your own"
- Bruce Lee

Aside from some brief new monster shots the final trailer is mostly made up of stuff from TV spots (if you've kept up with those) so I don't think it's too, too spoiler-y for those that want to check it out.

Between all the international posters, plus the fan art poster contest there's just been so much cool artwork. I'd buy a book collecting all of this poster art if it were offered!

Wait a gosh darn minute... have they really flown all these critics to Japan to screen the new movie at Toho while surrounded by an awesome display of monster suits from classic Godzilla movies? Is there a Toho theater in LA I'm unaware of?

Did a little more investigating, and all these critics are currently at Toho studios in Japan watching the new movie sitting next to the original props of the oxygen destroyer and the Gotengo!

Two Bear McCreary tracks dropped, including a pretty cool cover of Blue Oyster Cult's Godzilla featuring Serj from System of a Down.

The BOC cover is terrible. Good lord. I feel like they dropped it on Endgame day on purpose, so everyone will ultimately ignore how awful that is.


The other track is "fine." GENERALLY, movie scores for me don't hit above "fine" until I've seen the movie and can remember where this or that piece fell and the emotions it signals from that point in the movie.
Gills.

I love it. Any absolute madman who decides to cover BOC's Godzilla song with the lead singer of System of a Down and the musicians of Dethlok (Brendon Small!) is clearly having waaay too much fun. Terrific!

That cover's going on all of my devices and getting played on a loop for days.
"Available for your home in 1995, only on Nintendo Ultra 64!"

I tried to be objective...I couldn't take more than 30 seconds of that cover song... Although BOC has suffered some loss, and gone through personnel changes, they still exist, should have asked them to make an updated version
There are no more good TV Shows, only ones that haven't disappointed me yet.

I'll admit the cover isn't perfect. You don't typically want to bury Gene Hoglan, a legendary drummer, in the mix. And for as much as I like Serj's voice and spin on the track, I'm not sure he'd be my first choice for this particular rendition. I can easily imagine Bruce Dickinson at the microphone here.

That said, both the song and "Old Rivals" sealed the deal: I'm buying the soundtrack. I will inject it into my eardrums and enjoy it.
"Available for your home in 1995, only on Nintendo Ultra 64!"

It's a symphonic metal cover of Blue Oyster Cult's "Godzilla." Bear McCreary conducts the orchestra with Serj Tankian on vocals, Brendon Small on guitar, Gene Hoglan on drums, and Bryan Beller on bass. They made this for the soundtrack to the new American Godzilla movie featuring the first Hollywood takes on Rodan, Mothra and Ghidorah, and the score also reworks classic themes composed by Akira Ifukube and Yuji Koseki.

Is this some kind of joke? The only way this could possibly be more tailored to my own tastes is if they incorporated members of Metallica and/or Black Sabbath. What is happening? Am I being channeled without my consent?

I got to see System of a Down in Raleigh when they headlined OzzFest 2006 just before they went on their hiatus. I saw Dethklok in 2012 when they played at the Tabernacle in Atlanta — 's the article I wrote in college about that concert.

This cover song is so gloriously over-the-top. I also really dig "Old Rivals" and the way it incorporates Godzilla's classic theme.

Speaking of Dethklok, anyone who loves melodic death metal should listen to Brendon Small's Galaktikon II: Become the Storm album from 2017. It's a Dethklok album in everything but name and the story it tells (in the vinyl track order) is the story of the final unproduced season of Metalocalypse which Adult Swim refuses to ever make. Some of the best songs on the album are , , and but the whole thing is a masterpiece.

I'm indifferent to the BOC cover.

I was good with the music, but those vocals are ass.
I'm not a hero. I'm not a savior. Forget what you know.

Yeah, it definitely comes nowhere near the original BOC version. I would have much preferred they just use the original, but the cover isn't terrible. The fact that we're getting the song in GKotM (in any form) makes me absolutely giddy with joy.

I seriously hope it plays when the end credits roll... I don't care how cheesy and 90's that would be.

Never been a “fan” of BOC or their music style, only listens to Godzilla because, well it’s a Godzilla song. So I really could care which version there is. It’s in the soundtrack, overdue for sure but to me not hallowed ground.
You must show no mercy, nor have any belief whatsoever in how others judge you... for your greatness will silence them all!