To echo what pretty much everyone has been saying, I love those designs! Rodan looks downright incredible. I'm really not sure how they could have done any better than that. The head looks amazing, and like humdingers said, I love how the patterns on his wings look like dried lava, along with his trademark brownish colour. Along with the trailer showing that the edges of his wings look almost like molten rock I love how they've incorporated his "volcanic" nature into his design. Just perfect.

Ghidorah looks excellent too. If he maybe looks a little "thin" it's no doubt just a result of them going with a lightly more realistic interpretation of his body compared to the originals, which is fine. His horns look awesome, and I love his wings. Almost bat or dragon-like. I can totally see a scene in the film where he opens them and stands there in a similar pose to that figure, just looking huge and majestic.

Mothra's obviously the most different, but I really like it. To be honest I've never been a huge Mothra fan anyway, so I like that they went with a more insect-like approach to her rather than just the traditional fuzzy butterfly.

And I really like the slightly redesigned Godzilla as well. He looks a bit thinner, and the more traditional spines are a nice touch.

And going back a bit to the music, that's certainly cool that they'll be including Mothra's theme as well, though a little disappointing to hear we won't be getting either Rodan or Mothra's. I wonder why they decided not to use either of those? Maybe monetary reasons? Either way, it's cool that we'll be getting any classic music at all, and that snippet of Godzilla's theme sounded great.

And on that note (no pun intended

In the audio for the event I hear both the Godzilla Terror Theme introduced in the 60s, as well as the march from the original Godzilla '54 (which was of course later retooled to be Godzilla's personal theme). Are they separate? Or, as Akira Ifkube did in the 90s have they combined the two, maybe starting out with the Terror theme and then going into the march?

The re-designs all rock!

Mothra actually looks like a contender here. I appreciate the Battra influences and I am sure they'll still keep her as a gentle demi-goddess, but now she has the physicality to go into battle without looking like she'll be ripped to shreds within seconds.

After seeing that leaked cellphone pic of an early Ghidorah design I was really worried, but these pictures all restore my faith completely.

My only gripe is with Godzilla. His coloring is just so boring and monochromatic. They should've made his spines lighter than his body, instead of everything all one color, although it's hard to accurately judge from fan pics taken of toys. He may in fact look far 'better' on screen & in motion. Even if not, it's a minor complaint. Hey, at least they beefed up his dorsal spines (nice '54-ish look!) and those stumpy feet got a wee bit bigger. Hope his breath is more like a rocket exhaust and less like liquidy vomit. We'll see. Cannot wait! More amped about this than ANY of the upcoming Marvel stuff, surprisingly. (Or maybe not surprisingly.)

Godzilla's re-tooling is probably my biggest net-positive. Rodan and Ghidorah are classic, which will hopefully translate to increased interest in older films. Mothra's design is the weakest simply because it is the most radical. I'll want to see how she's handled on screen before casting too much judgement.

Will I be able to resist watching it? Will I hold fast to my new resolution of avoiding watching too much footage of a film I know I want to see? Find out, on the next Dragon Ball Z!

Oh, I just realized they rounded the tip of Godzilla's tail. Just one of the few little cosmetic changes that make Godzilla look a bit more like his traditional Toho self.

Watching (most of) the video of Michael Dougherty's Toyko Comic-Con appearance, I like that he just came out and said 'yeah we made the feet a little bigger because he just needed bigger feet.'

Even blurry, that's still a cool shot. And that silhouette is certainly looking pretty darn classic.
"Absorb what is useful, discard what is not, add what is uniquely your own"
- Bruce Lee

So outside of Godzilla, all the roars are wrong.

I dunno, it's brief but that sounds pretty Mothra-like to me. Rodan's doesn't sound much like his signature roar, but the clip is so short it could just be "random Rodan sound", like the growls they gave Godzilla in the Heisei era. Given how largely accurate the designs are to their classic counterparts I doubt they'd go the complete opposite direction with the roars.

A better look at the new poster/display seen at the Brazil Comic-Con: 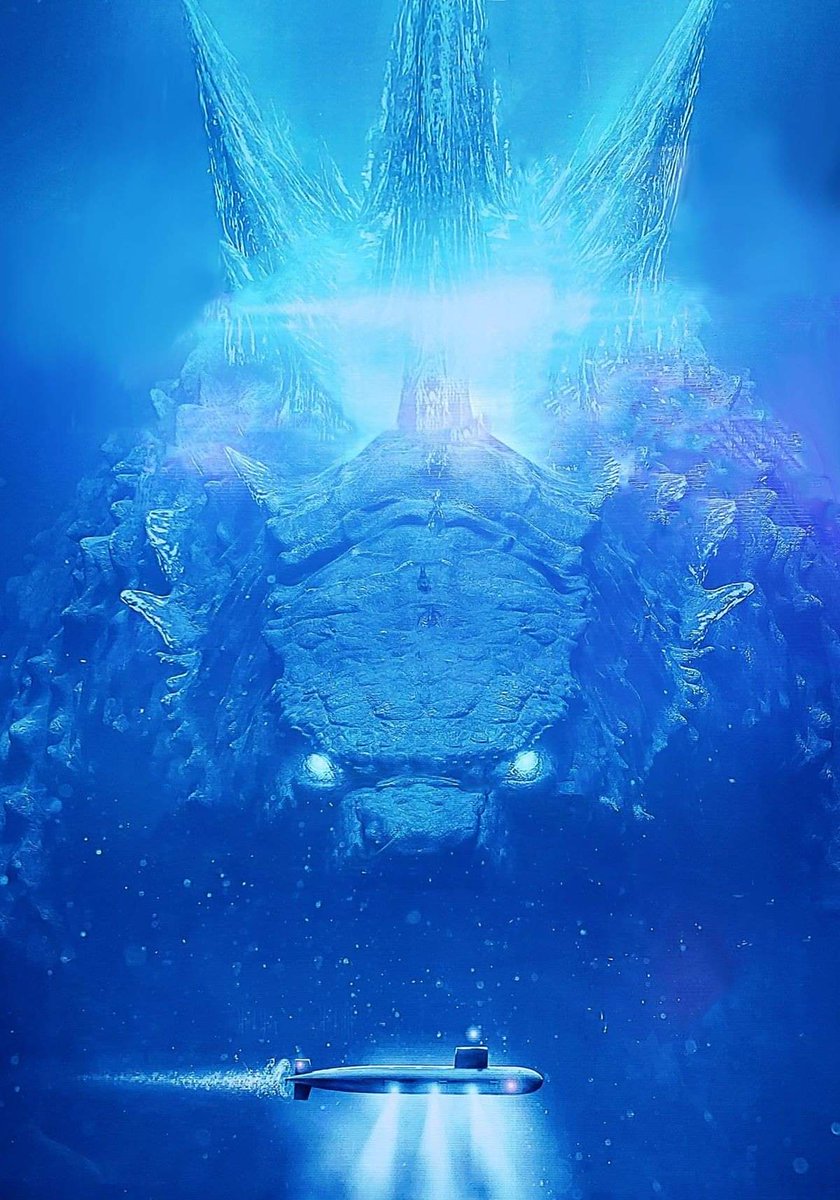 And as has been posted out elsewhere; I see what they did there: 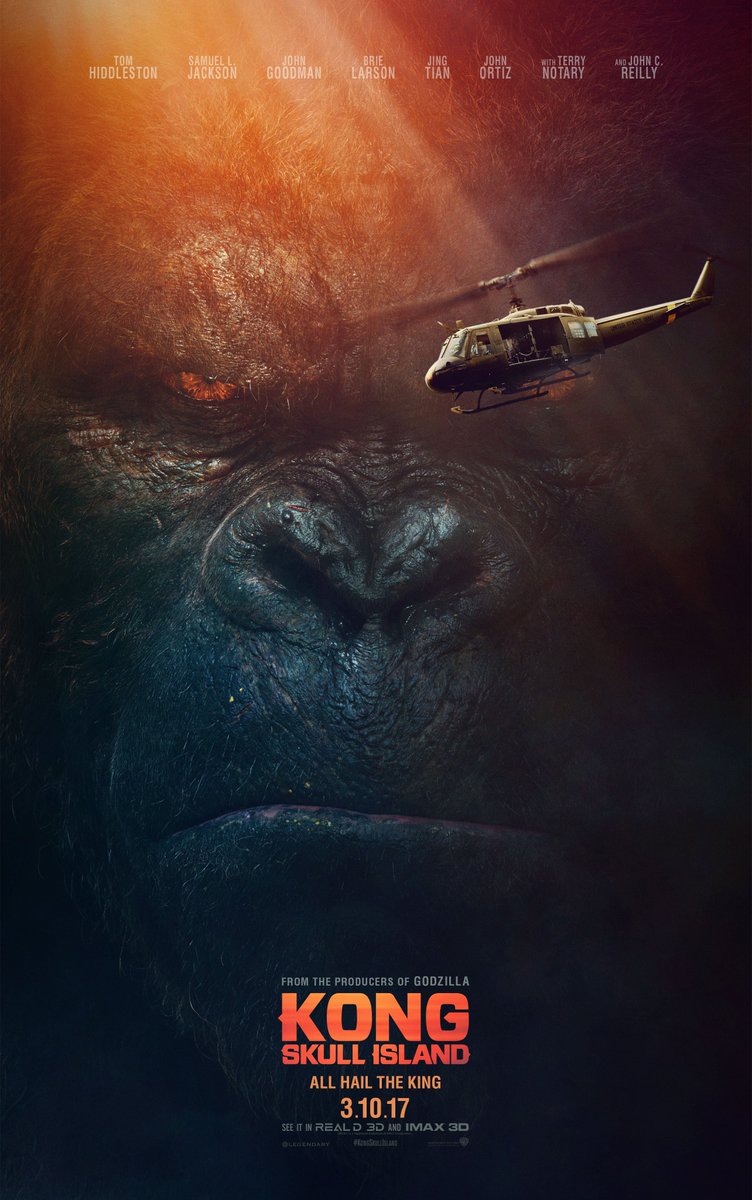 Apparently the new trailer won't actually be going online until Monday morning, though I'm sure there'll probably be bootleg versions out there before then once it's been shown at that con. If that's the case I'll certainly try to hold off until they release a nice crispy clean official one, especially since the wait won't be that much longer at all.
"Absorb what is useful, discard what is not, add what is uniquely your own"
- Bruce Lee

So the new trailer has been shown but no real reaction yet.

The awful Millie Bobby Brown scene looks like it’s in the trailer. Why? That scene has been roundly mocked and they insist on showing it and making the movie look like a pile of crap.

Yeah it seems like an odd decision. Even the San Diego Comic-Con trailer went online the moment it was shown there, and that's kind of a bigger deal than.....well, any other pop culture-related convention there is.
"Absorb what is useful, discard what is not, add what is uniquely your own"
- Bruce Lee 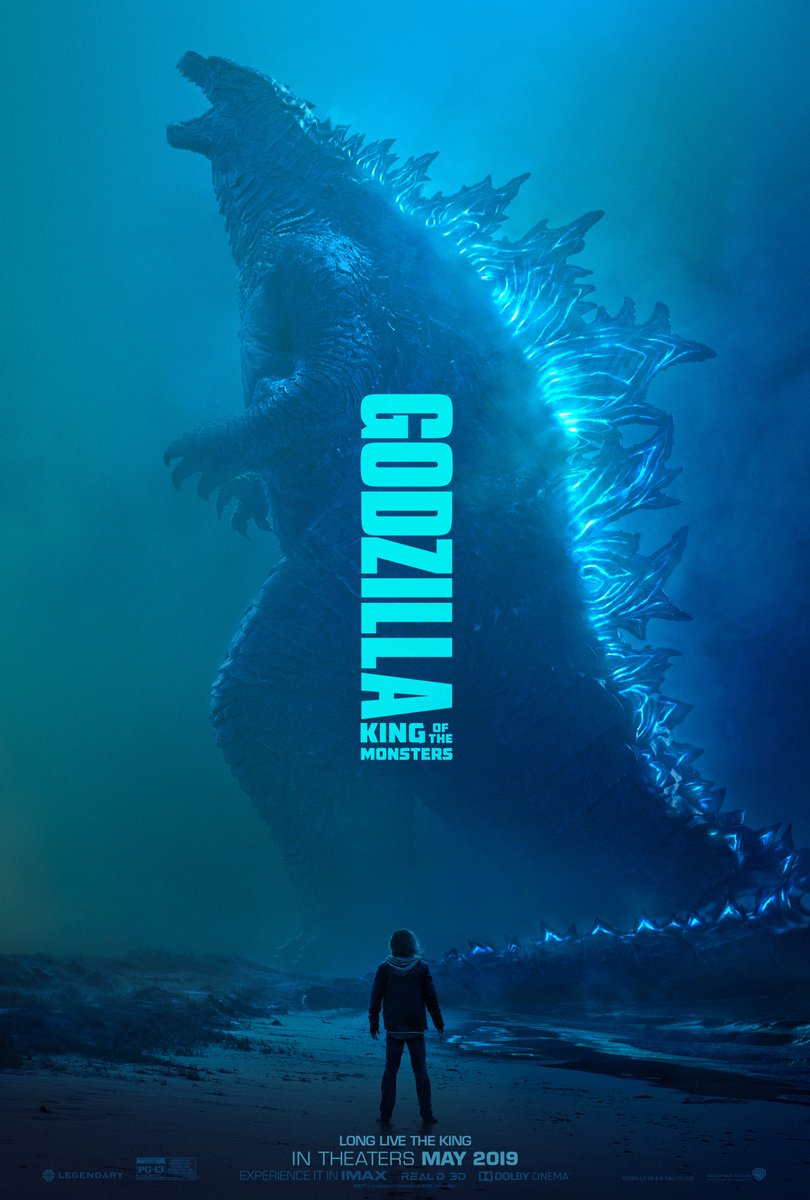 taking with a grain of salt...

Since I haven't looked at any trailers yet, maybe someone can confirm that for me. I don't care about spoilers like that, I care about spoiling the look of the movie and having these trailers give me the wrong tone going into the movie.