Don't forget to put out your bowl-shaped Halloween dishes 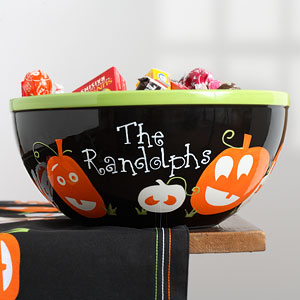 A brief reading in honor of the holidays...

"He had a broad face and a little round belly, that shook when he laughed, like a bowl full of jelly."

It's not just eyes that get the bowl-comparison, apparently!
"...WILL. IT. WORK?"

Actress Yumiko Shaku, 34, broke her left ankle while filming a skiing program for NHK in Niigata Prefecture on Saturday. Her management office told media on Monday that the injury would take about two months to heal.

Shaku was in Niigata to film a segment for the program Yukiyama e Go!
Keith

Yeah, because it's not gorgeous.

are some gorgeous eye-shaped bowls.
Gills.

I don't know if this was already discussed here, but I recently spotted an old video about the TriStar GODZILLA that ShadoControl posted on Youtube. The video is just news clips from around the release of G'98, but the comments section is pure ShadoControl entertainment...

ShadoControl: Actually the first time Americans saw "Godzilla" was in 1956. America named the "thing" from Japan "Godzilla" and Toho Co. Ltd. stole the name in 1962. The name "Zilla" for the '98 Godzilla is a Japanese way of trying to take the "Go" (the respect for a God) away from the American version. Well, I﻿ have news for the Japanese.......the beast in New York is a God and the Japanese Godzilla is a downer.

Johny2662: ...Why do﻿ you say that? I mean we hear people being critical about Zilla the downer and Godzilla the real deal.

ShadoControl: Because those that are critical of the 1998 US version of Godzilla, the actual name, do not have juris doctorates, or studied law to get one, and therefore their premise is incorrect which results in conceived, distorted opinions. Make note these opinions are American opinions. God forbid they were Japanese﻿ opinions without the right for a rebuttal. Thanks.
Keith

So, am I correct in assuming that this guy runs a little hotel with his mother... only no one ever seems to see his mother?