On the other end of the spectrum, the Godzilla game is not awesome if you don't want to play a video game that was made from an incompetent team who half assed everything. Just because it has Godzilla in the title does not mean you should accept a piss poor video game.

Godzilla is a fun game but it does get repetitive fast there's fun nods for fans here and there. Maybe if you can rent it.

As for other suggestions the new God of War is pretty amazing. I highly recommend that. Final Fantasy XV is also a great game.
The member formerly known as gvamp

I'd agree that the Godzilla game is worth checking out. Personally, I love it. But as others have said, it gets repetitive and it's not so much a great video game as much as it is a very solid kaiju simulator.

For other games, if you're into Batman, Arkham Knight is just amazing. And the DLC is a real treat (one of the few DLC's I'd ever actually say is worth paying for).

Best games for the PS4 include The Witcher III, Horizon, Uncharted 4, Uncharted Lost Legacies, Rise of the Tomb Raider, God of War (though far from perfect due to half assed RPG elements included), Final Fantasy XV, Shadow of the Colossus remake, Assassin's Creed Origins, and Watch_Dogs 2. Also, obviously the upcoming Red Dead Redemption 2.

I've spent about 10 hours playing RDR2 so far and it is quite good, though a bit overwhelming. Once I got past the early missions and got to go into the open world I've spent more time just going around the map, getting killed multiple times, twice by a cougar, and screaming at the screen because for some reason my weapons keep teleporting back onto my friggin horse. I'll be in the middle of a hunt, go to pull out my bow, and it's gone. Back on the horse. Same goes for when I ran into a gator and went to shoot it with my rifle. Then there are the horse physics, which are absolutely atrocious. I don't know how many times my horse has face planted, but it's ridiculous. The worst was when I was just standing over a cliff looking around for some rock formations that match a treasure map I acquired and my horse just comes walking up from behind me and walks right off the cliff. -_-

The sites are amazing and I took so many pictures. Here's a few things I got to see today: 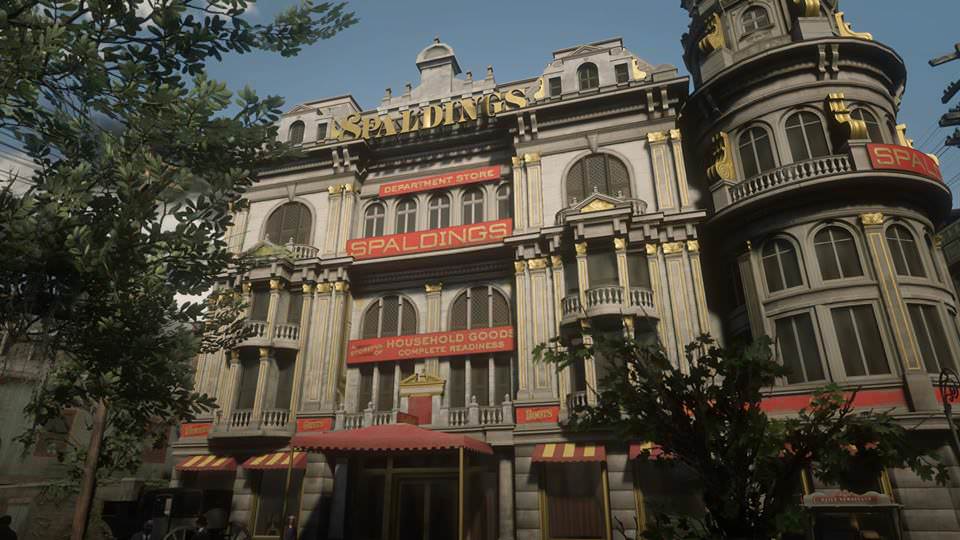 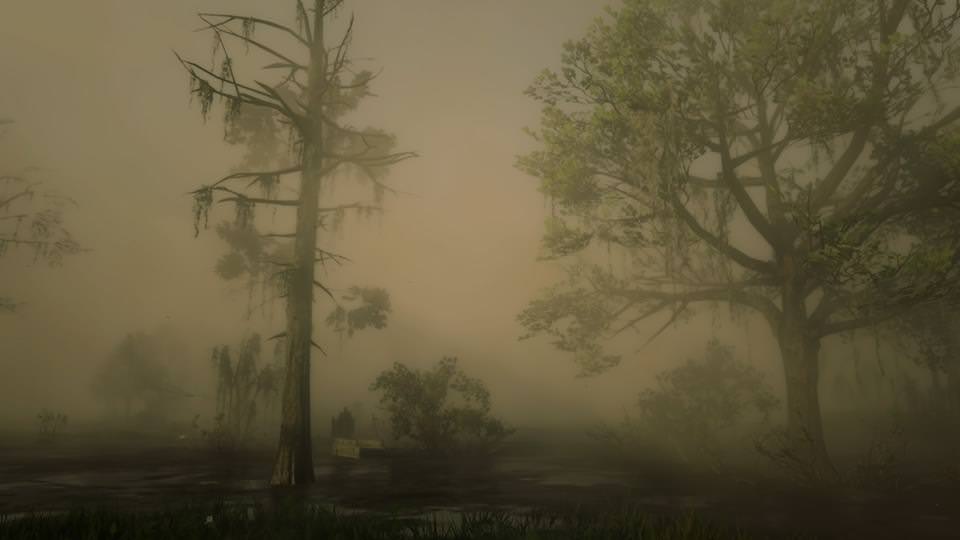 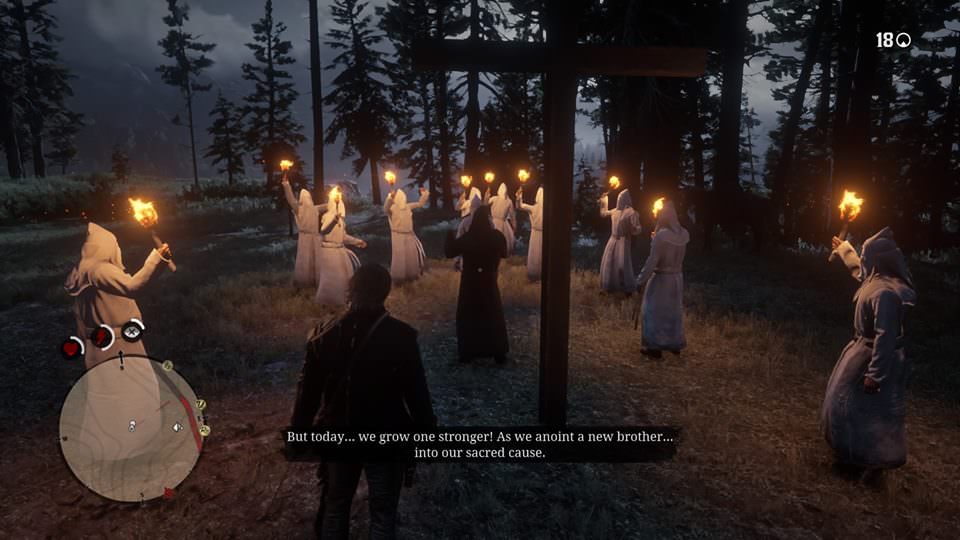 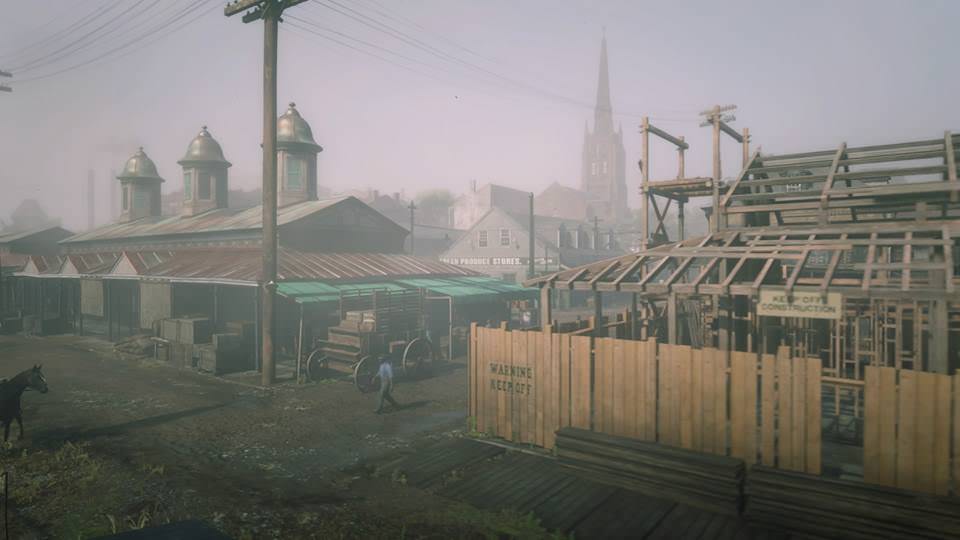 I've only done like 3 story missions, wasted time on poker, black jack, and that stupid knife your finger game, saved some people in danger, and done a couple of the stranger missions. Also beat the first hunting challenge, but I can't seem to not kill a rabbit and get perfect skin for "OH GODZILLA! WHAT TERRIBLE LANGUAGE!" to accomplish the second one.

That gun thing is for "realism", which I kind of get but at the same time... c'mon, it's a game. I did a mission where we hunted a legendary bear and because of that all I had was my pistol. I really, really, really wish you could make weapon load-outs similar to how you can save outfits. If you watch your character as they ride, they'll stow the weapons into the saddle but its so damn frustrating when you are riding and get attacked or want to do some shooting, you have to open the radial menu, select the now empty space, and sort through your ever expanding weapon selection every "OH GODZILLA! WHAT TERRIBLE LANGUAGE!" time because your character put everything away after being on a horse more more than half a minute when it takes 5 hours to get to anywhere in the game.

I don't know much about RDR2, but based on the yelling coming from the other room, either the horse mechanics are really glitchy or Mrs Klen7 really hates @#_&+ing horses all of a sudden

Sony shed some light on the PS5 today.

I would expect the next Xbox to have similar specs and performance but we'll have to wait until E3 for that.

With this news I would expect titles like The Last of Us Part 2 to get moved to PS5 instead of the PS4 or they'll be gross generational titles.
The member formerly known as gvamp

I find it odd that Sony didn't announce all of this in a press conference or something. Oh well.

What I want to know is, will it play 4K movies?

^It probably will be 4K, as will the game discs likely. My only want though would for it to be BWC. Offering some games from previous consoles online to download is of no use if they ALL aren't there.
There are no more good TV Shows, only ones that haven't disappointed me yet.

Yes, but there is a difference between BD and UHD.

currantly playing Man of Medan on my PS4

Got a new game (and a tripod) from my wife for our 19th anniversary: 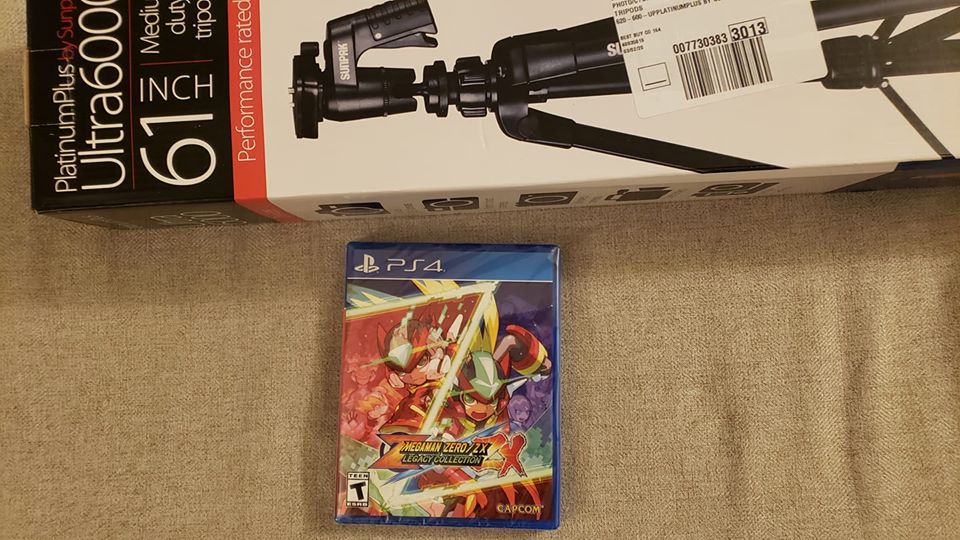 Now I just need to pick up MM11 and I'll have all of the games released on the PS4 thus far. Hopefully Capcom does some sort of Legacy Collecgtion 3 that includes the PSP remakes Powered Up and Maverick Hunter X, and maybe even include the old Gameboy games along with Mega Man and Bass.

My son is actually playing that right now. The games are a little to non traditional for me, but having them all in one collection was something I couldn't pass. MM 11 is fun, if not seemingly Short. There are I believe 4 levels of difficulty, I have yet to finish it on the most difficult setting.
There are no more good TV Shows, only ones that haven't disappointed me yet.

My son said the same thing. He just finished the first game but didn't get all the extras, said later games are much better. The fact that it's kind of like Metroid is interesting,but I feel like I never really felt lost in those series of games.
There are no more good TV Shows, only ones that haven't disappointed me yet.