Reissues of the Bandai Creations Godzilla Final Wars, and Kiryu in new decos. under the King Of The Monsters line. AND A GODZILLA 2016 TOO! Not pictured yet.

So, 2016 Godzilla A and B, huh? HMMMMMM. EDIT: Although those three figures on the bottom left might be referring to a 2014-esque line of gimmick figures, rather than any rumored alternate versions of Godzilla.

Banpresto is already showing off their upcoming Godzilla campaign, complete of course with their own prize figure of Godzilla 2016.

Could be anything. Could be gimmick figures, other forms of Godzilla or... another monster?

Is that an actual picture of the banpresto figure? If so it looks really good

I imagine that lottery prize is A LOT more akin to what the eventual X-Plus will be opposed to the Banpresto.

Wow, other than new G2016 figures, we're getting Kiryu, Millennium-FrogGoji, FW Goji, all in 6 inch scale....*tries to contain excitement*

Oh well, at least there's Xplus to fall back on (they thankfully haven't been killed off yet like Marmit/Gigabrain/Marusan/CCP/etc.)...

Some preorders are up on HLJ, still no pictures

If anyone hears anything about a new High Grade set please let me know!

What was your experience there? I didn't realize they were coming out and had to pick them up much later, at a higher price than I would have liked...

I thought I ordered 2 sets of 4 in hopes of getting a full set...but I don't know Japanese so I ended up ordering 2 sets of 8 on accident. 14 of them were the standard G14, one was the repainted G14 with breath and one Muto. So I ended up with 13 extra Godzillas and had to pay after market on the other Muto.

^ That makes me feel better.

So looks like some High Grades have been announced. G14 only had 4 figures, but most of the previous HG series had 6ish, so i'm wondering if this is only a partial announcement while they keep other portions under wraps until the film is out. Great to know some high grades are coming but yeah I would like a bigger set, there's still a few of Godzilla's foes that never made it into HG form I believe (though I guess we'll never get a HG Kong). I think they considered G14's series to be "three figures plus a chase" and the one with the atomic breath was a limited chase figure... so maybe this set will at least have a chase "late form" Godzilla sculpt too...

What brand is that?

The image sucks to look at, but based on what little you can make out on the figure measurements, it's way too small to be the big Bandai figure and it's not the HG. Based on the visible waist seam and the rough idea of the dimensions, I'd bet this is this 2000-yen vinyl.

If I have this sorted out right... 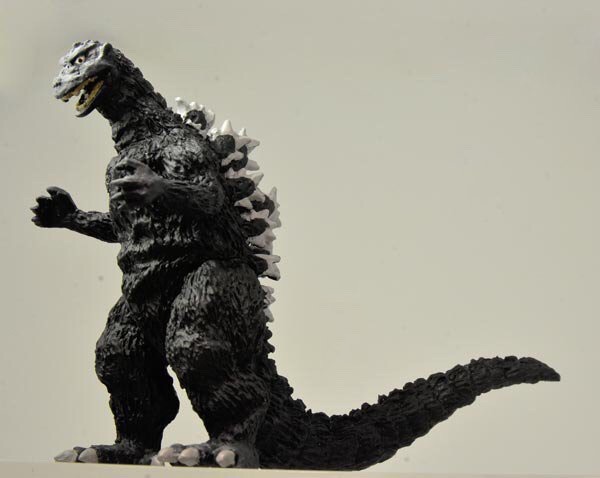 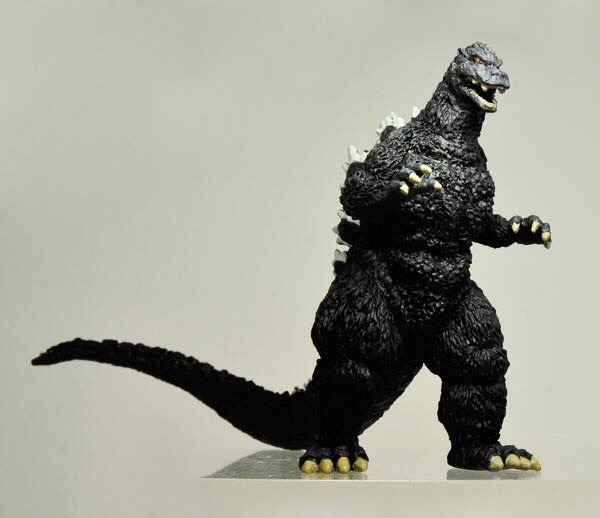 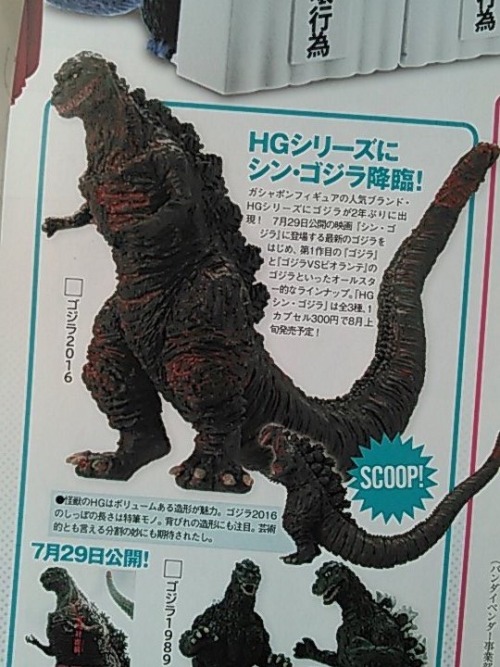 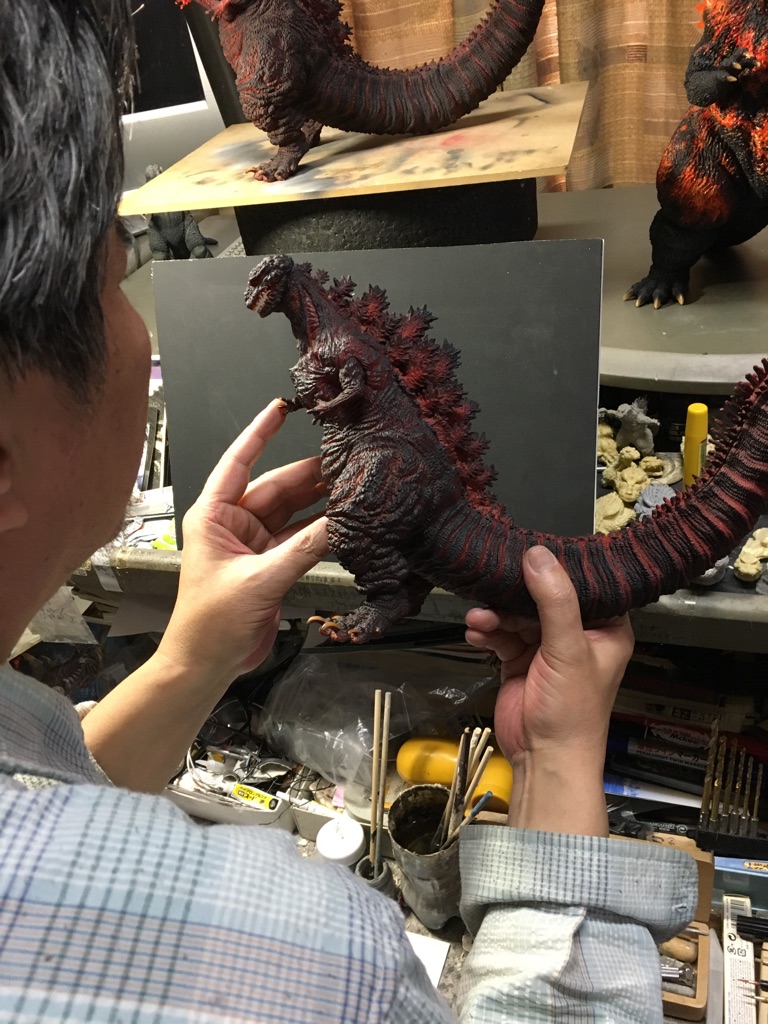 And a cute netsuke for kimonos - 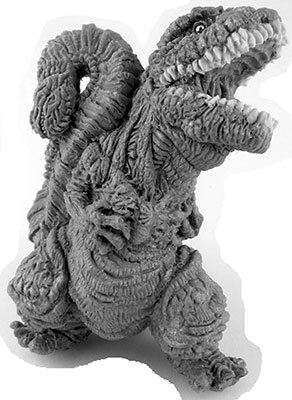 Right now only have preorders in for the High Grades. I am interested in the Banpresto, but that will probably be something to track down after release

I want all of the Shin-Gojis.

If the High Grades are in gashapon machines when I'm there, I'll probably fill my suitcase with 'em.