Makoto Shinkai's blockbuster-caliber hit film Your Name. is finally in American theaters, and is doing , with glowing reviews by critics:

Having seen it just last night, I strongly encourage you all to see it. Your Name. is an emotional thrill ride, with some of the most gorgeous visuals you ever did see in film. Go see it while you can!

^The character designs for Your Name really didn't pull me in (I guess that's a big factor for me with anime) so I didn't really pay much attention even with the extraordinary success of the film... but I think you've convinced me. It is playing for the next few days and I have the week off!

Finally we get a listing for this! Amazon says it drops May 30. 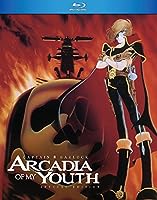 ^Naturally, I'm all in for Godzilla - but as far as Netflix's other anime ventures are concerned: I'm really excited for Devilman, and Saint Seiya will be fun because the franchise is huge worldwide and not a big deal here in the US so hopefully it'll make a nice intro.

Yeah, I'm also really interested in the Godzilla thing.
As well as the new Fate show.

I might check out the others if I have time.
Toho's Godzilla Will Live Forever!

Re: Makoto Shinkai's your name

He's faced the hate of Star Wars die-hards, but is JJ ready for the anime fans? They fight dirty, and many are without basic human compassion.

But seriously: Your Name is so completely, ludicrously culturally Japanese that only the most basic setup can be used in an Americanization. From the shrine maiden stuff to the specific cultural difference between Tokyo and rural Japan, etc.

Looking at the main news page, they list the Sentai stuff coming out in December/January.

Just how many times have they released Clannad by now...big deal it's both Clannad AND After Story, there is no way that's worth $150 (even on Blu-Ray).

Also the Familiar of Zero, the first season was dubbed, but it's not included in a set with all the seasons?

Anyhow, those & To Love Ru are about all that sound interesting IMO.
Toho's Godzilla Will Live Forever!

I've got a good feeling about this.

Guys, this music video has caught me up on everything I need to know about Devilman!

Also: there's a band that does jazz covers of anime songs.

^ Most of the anime releases I've bought in the last few years are Discotek releases. They know what's good and deliver a quality product.

Voltus V has never got a full release in the USA before.
There was a VHS tape that had maybe 3-4 episodes on it from Hi-Tops Video (I had a copy).
Toho's Godzilla Will Live Forever!

It says an American English dub was done for the VHS.
However I can't see the site that gives the info.

Anyhow on the main Sci-Fi Japan page it says Funimation got all the live action Death Note movies.
However for some odd reason, they are only releasing them in Japanese w. Subs.
The first 2 movies were dubbed into English by the same dub voices as the anime series.
They have used Brad Swaille in the past for the dub of Black Lagoon Roberta's Blood Trail, so not sure what's going on...
Unless they don't want to pay Viz to use the dubs?
Toho's Godzilla Will Live Forever!