I was debating whether I should get a next gen system. I've been a gamer since I was little, but my my last hurrah on the console was the 360 because I played my PC so much. My PC crashed and I haven't really played games in about a a year and a half.

But I did get a PS4 for Christmas along with a few games. I'm looking forward to playing. I've missed gaming a ton since my PC took a dump.

Haven't played my PS4 all that much since I got it last year, but that should change here in 2015. A number of good titles coming out for it.

If it's just like the Japanese PS3 game thne yes it'll be good. The game on PS3 is great yeah it gets a bit repetitive but the little nods to classic Godzilla make it work out in the end. Plus the PS4 version will support Multiplayer something that's not in the PS3 version.
The member formerly known as gvamp

Well that is just it. Is it a good game because it is a good game, or are you judging it as a Godzilla game? I don't want an average game and like it just because it has Godzilla's name on it. I want a legitimately good game regardless of the property.

It is a good game. It's probably my favorite Godzilla game to date beating out Godzilla Monster of Monsters on the NES.

I'm not sure how different the PS4 version will be compared to the PS3 version other than it'll have MP. However I can confirm that the PS3 version is pretty damn fun. The controls are a bit ackward but once you get used to them you'll be fine. At least give the game a rent before purchasing it.

Any way who's picking up The Order 1866 next month? I'm going to try to if money permits it but if not I might have to wait. Right now my funds are going for N3DS, Majora's Mask 3DS and Evolve on Xbox One.
The member formerly known as gvamp

I'm going to wait for reviews on The Order. If it gets 9s, I'll trade in Far Cry 4 and put part of the money from that towards it.

Looks like the PS4 is getting a hardware update in the form of codename Neo.
The member formerly known as gvamp

Look me up. Mostly sticking to Black Ops 3 right now.

Picked these up today at Target for their video game sale:

Might go back during the week to get Deus Ex, Zelda Tri-Force Heroes, and Yokai Watch 2.

So I got my PS VR that I won from Taco Bell last week and I tried it out on Tuesday over at my brother in laws. It's alright the graphics on the headset are nothing special right now because the current PS4 can't really process VR well, they're on par with an original Xbox title or GCN maybe early PS3 titles.

That being said in early December when I get my PS4 Pro I'm going to test out the VR again and see if anything improves with the extra power that the Pro has.

I bough VR Worlds with the $40 credit I got with it and I tried out Ocean Descent and the Luge game. My brother in law tried out the Luge game as well as the game that's like first person Pong.


At this point I can't recommend VR I'd say wait until there's patches to improve it's quality or if you get the PS4 Pro. Other than that wait until you know it's going to be around. I just have a feeling it's going to be like the Vita and become an after thought for Sony.
The member formerly known as gvamp

I don't get the big deal about VR. It's just motion gaming but with some giant ass annoying headset over your head. I can't even stand things like headphones on my head, so there is no way in hell I would want an ugly helmet thing.

My PS4 is seriously pissing me off. Sat my g/f went to upload the trophies she got for beating FFXV and it wouldn't connect to the internet. Two days later it still isn't connecting and when I go to sign it, it gives me an error message and no matter how many times I reset my modem, I turn the machine off and back on, it won't connect. WTF?!

Oddly enough I just became the owner of a PS4 this past weekend. I haven't purchased a console in almost a decade. The lack of backward compatibility has really out me off for some time. But sadly my modded PS2 no longer works the way it once did. However a convergence of many events lead me up to getting one tis past weekend. I notice online, even standard "release day" 2013 500G PS4's still go for about $250 on average. Game Stops least expensive pre-owned go for $269.

But there was another store that had a couple for $259, and were having a 25% off sale on top of that. --In the end after taxes, credits etc...I walked out with a PS4 and one controller for $191.00. Not bad. The previous owner had filled it with game data I had no use for so I deleted all of if and got a fresh start. I downloaded Lego Batman 3 for my son, and am awaiting this coming in the mail hopefully tomorrow- 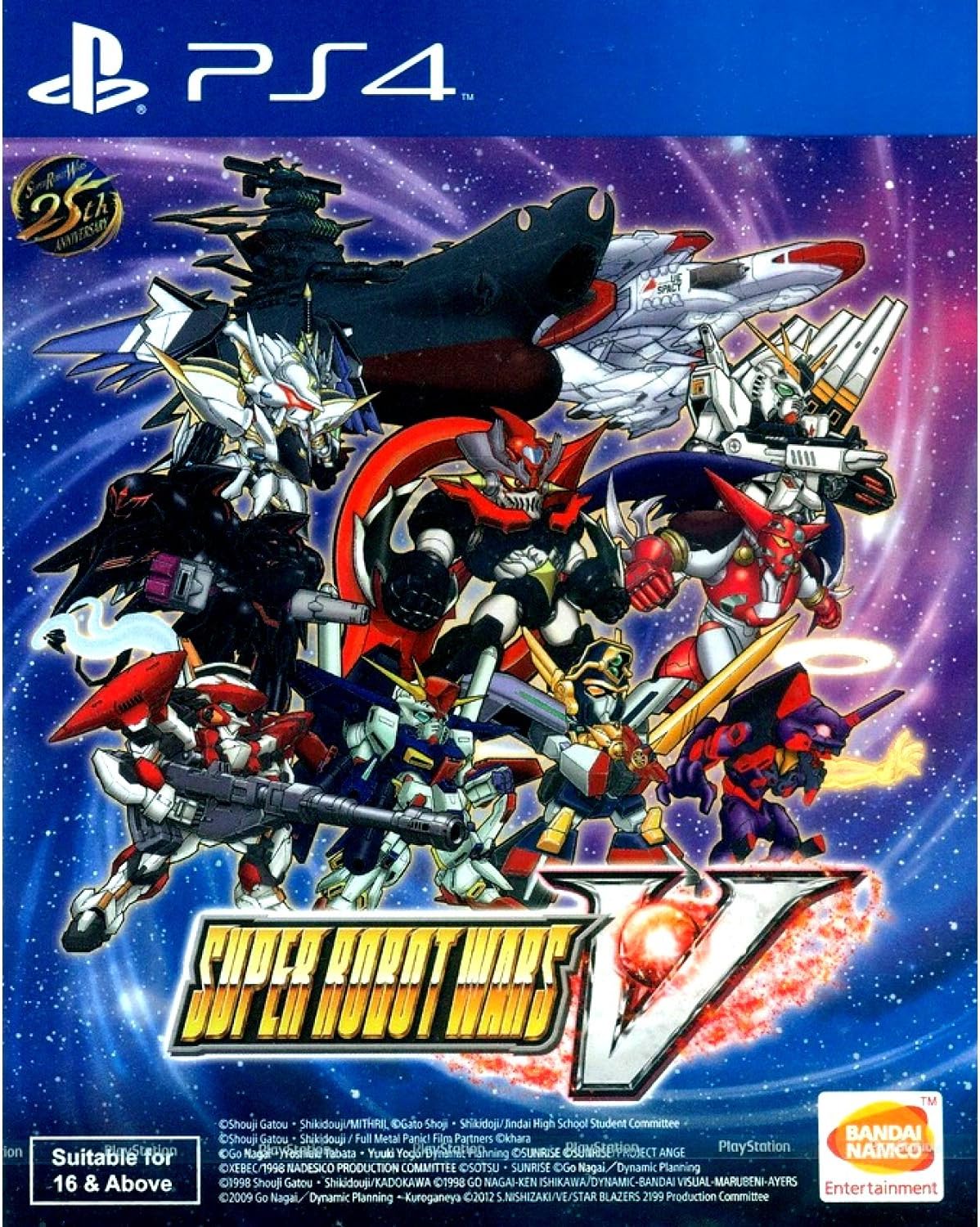 Funny glitch happened to me in God of War today:

So, I'm in the middle of getting a PS4. I had a bunch of change that turned out to be more than I expected and thought maybe a PS4. One of the stores I was in this week had previously had PS4 1TBs for sale at $229 but someone forgot to take the sign down (fortuitous, I know); unfortunately they were out of that model but gladly gave me a rain check. There seems to be a strange shortage of PS4s right now, but the store hopes for more in the next couple of weeks.

I'm looking at games right now and any suggestions I can look into would be appreciated. I picked up Fallout 4: GOTY Edition for $30 today and with Sony's Days of Play sale I'm going to order Horizon Zero Dawn: Complete Edition for $20. I'm also looking at a copy of Kingdom Hearts 1.5 + 2.5, it's $20 new at Gamestop right now and I enjoyed playing the originals (which I still have, but playing upgraded versions would be nice, especially after getting my nephew interested in the series).

I did look into the PS4 Godzilla game -- it seems filled with disappointment unfortunately.
Who knows what evil lurks in the hearts of men?

^ The Godzilla game is AWESOME if you want a pitch-perfect video game simulation of what it's like to actually be the monsters as they appear in the movies. It doesn't have any real kind of story mode and the objectives are exactly the same from one level to the next. It's not made for general gamers or anyone who doesn't have a keen interest in Godzilla movies and wouldn't recognize all of the little details that are straight out of the films.

You pick a monster and on each level you have to destroy three big generators, all while absorbing "G-Energy" from everything you destroy and incrementally growing from 50 meters to 100 meters in height. Most levels have at least one other kaiju that eventually shows up which you must defeat in order to proceed. As you destroy buildings and military forces the disaster level builds on a scale from 1 to 5 as you proceed through the story mode. At each disaster level the G-Force weaponry that you face gets upgraded, from helicopters and tanks to full-metal missiles, maser tanks, maser jets, cadmium missiles, all three versions of the Super-X, the 2004 Gotengo, and the 1993 and 2003 versions of Mechagodzilla. This is the "invade" version of the story mode and you can play it as four different versions of Godzilla (1964, 1989, 1995, 2014), Anguirus (1968), Rodan (1956), King Ghidorah (1991), Gigan (2004), Battra (larva & adult), Spacegodzilla, Hedorah (4th form), Biollante (2nd form), Destroyer (4th form), and Mechagodzilla (1974 & 1975).

You can also play the "defend" version of story mode in which your goal on each level is to defeat the invading kaiju before they destroy 50% of the city or two of the three generators. You can play this version of story mode as Mothra (1992, larva & adult), Jet Jaguar, Mecha King Ghidorah, and Mechagodzilla (1993 & 2003).

There really isn't more variation to the gameplay than that, and there are only about 10 different stages so some of them do repeat even on one playthrough of the story mode. Like I said, it's not really a good video game in a vacuum, but if you're a Godzilla fan who just wants to play as the monsters from the movies and you'll appreciate the accurate design details and all of the little character attributes and sound effects from the films, you'll really like playing the PS4 game whenever you feel like it. It blows all of the Atari/Pipeworks Godzilla games out of the water.

Unfortunately it seems that Bandai's license for the PS4 game has expired and it's now out of print. The cheapest used copy on Amazon is currently $43 and new copies are listed for $73. I think it was removed from the available downloads on the PlayStation Store too. If you have a chance to get it for cheap then definitely snatch it up. I know there was a lot of backlash when the game came out in 2015 and a lot of gamers sampled it and ended up selling it quickly, and I've seen a lot of used copies for cheap prices at GameStop stores in the past few years.