Apparently FYE is coming out with an exclusive Blu Ray Steelbook edition of King Kong vs Godzilla on 9/10/19. No details have been released, leading many to believe it will be the same release as the one from Universal back in 2014, just with different packaging, and it very well could be.

I'm not a steelbook fan, but I know there are some collectors out there. www.fye.com
There are no more good TV Shows, only ones that haven't disappointed me yet.

No Jp version no buy.

Does anyone know, does FYE tend to post more specs on their releases the closer you get to the release date?

I imagine this is just a repackage of the same disc that's been available for years. Honestly, I was still thinking about getting it when it was announced because I thought it might feature some cool original art or maybe the original American poster art for that vintage feel, but basically just the previous cover used for the DVD and Blu-ray? Not really interested.

While I'm pretty sure that we're only getting the same disc that was released by Universal several years ago, I can't help but think that we're going to get the Japanese print too. I posted this in the Criterion thread but I'll post it here too.

If Criterion's set was indeed the first time we're going to see the Japanese version stateside you'd think they'd want to advertise that in the press release. Keep in mind that his release does predate the Criterion set by about a month so if it does indeed include the Japanese print of the film then it would actually be the first time stateside that we get the Japanese release. While this is me probably just being over analytical of the release I think my theory has grounds to stand on.
The member formerly known as gvamp 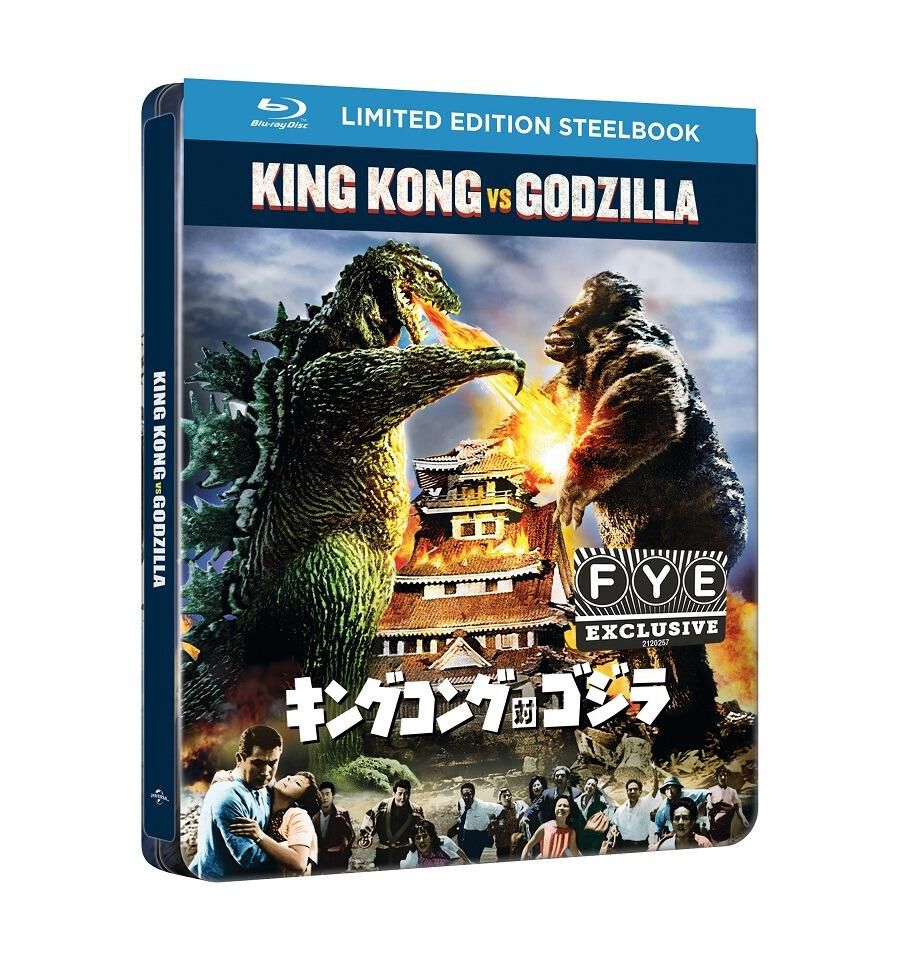 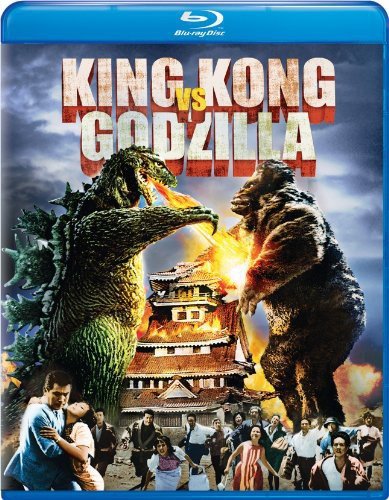 I do find it curious that there are a few details about this FYE steelbook that suggest it could be more than a simple re-release of the current disc.

The cover art for this steelbook release reduces the size of the English title by half (or even a little more) from the previous DVD and blu-ray. On the steelbook the English title is not any more prominent than the Japanese title, both titles tend to catch the eye easily.

It likely means nothing at all, but I was checking out Universal's home video site last night ( http://www.uphe.com ) to see if they had any information online about the steelbook (nothing there unfortunately). But when you search for KKvG, then select "Blu-Ray" under BUY and then "F.Y.E." as the retailer it takes you to the steelbook release even though FYE does have the current blu-ray release available.

Also, why no steelbook for King kong Escapes? Previously Universal released KKvG and KKE at the same time, but now only KKvG is getting the steelbook treatment. We know Criterion has rights for Rodan and War of the Gargantuas, IF Criterion is prepping a second Toho Showa toku set it is assumed Rodan and WotG will be in it and KKE is a strong likelihood as well. If Criterion picked up KKE as well, Universal may have already secured Toho's original audio for the movie and intends to include it on a future KKE release of their own.

Criterion would have needed to license KKvG from Universal even when securing a copy of the original cut of the movie from Toho. It's possible that the licensing deal left Universal as the owner of the KKvG master Criterion received from Toho; or maybe Universal received a copy of the masters from Criterion or Universal potentially decided to get a copy direct from Toho themselves.

There's enough different surrounding this steelbook to make me wonder, and even a mite hopeful we'll see something new from Universal.
Last edited by The Shadow on Mon Aug 05, 2019 1:41 pm, edited 1 time in total.
Who knows what evil lurks in the hearts of men?

I think you guys are thinking WAY too hard about this one...

^ Thanks for sharing that. It makes me wonder, if this release isn't about beating Criterion to the punch on the Japanese version, why is it happening now? Why not closer to the theatrical release of Godzilla vs. Kong? And why is this exclusive to FYE of all places?

Oh I agree 100% but there are still some people who always claim to have all the answers.
There are no more good TV Shows, only ones that haven't disappointed me yet.

I picked up the FYE Exclusive King Kong vs. Godzilla steelbook today. To no one's surprise, the disc is EXACTLY the same as the previous 2014 release, even having the same 2014 copyright label on the disc and playing an ad for the now defunct UltraViolet service. When I swapped the 2014 release's disc for the disc from the steelbook, my Xbox picked up right where I had left off from the other disc. I feel like you guys could be putting way more thought into this than Universal ever did.