I just bought Popeye Volume 1 and had been anticipating Volume 2. The wait will be over soon! With "Jonny Quest" I really hope that the do not make a feature film out of this. Just enjoy the series and now soon in BD form!

'None But the Brave" was a Toho /Frank Sinatra co-production, with very familiar faces (Tatsuya Mihashi, Kenji Sahara & Susumu Kurobe). It also brings up that interesting trivia question - What was the only movie where John Williams did the score and Eiji Tsuburaya directed the special effects?

That's pretty cool. Any word if the Jonny Quest set will have all original audio restored, or will it be the censored version?
There are no more good TV Shows, only ones that haven't disappointed me yet.

^ I believe it's unedited. That was the first question from fans the moment it was announced!

We'll finally get to see the moment that the creators of the Venture Brothers called "Race Bannon yelling at the natives for not believing in Jesus."

Well to be fair, a "heathen" can apply to anyone not associated with a major religion. But it's often used out if context, especially by ol Race Bannon lol....add the animal reference and that just makes it worse.
There are no more good TV Shows, only ones that haven't disappointed me yet.

^ It's just that I remember as a teenager listening to the audio commentary for like the first episode of The Venture Brothers (where, I believe, Brock Samson briefly recreates the scene) and they mentioned it in that exact phrasing and I knew exactly what they were talking about so I laughed for like a solid minute and it's just lodged in my brain now!

Guess I know where some of my end of summer fun money will be funneled. Happy day!!!

The Warner Archive is finally releasing perhaps my favorite movie of all time! 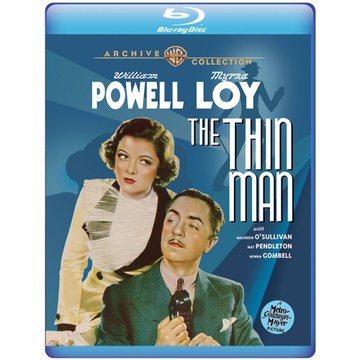 The amount of special features they've wrangled up for the Quatermass Blu-rays is frankly astounding. Three commentary tracks for each movie? I guess I'm going to learn all there is to know about Quatermass.

Today I got an e-mail from Sony regarding 4K titles that I'd like to see while they didn't have the Godzilla films to select they did have an option to write your own response of titles you'd like to see in 4K so I obviously put in any Godzilla movie they have the license too. I doubt it'll happen but you never know.
The member formerly known as gvamp

Scream Factory releasing The Devil Rides Out and The Blob (1988) this October!

Never seen The Devil Rides Out, but there was a picture of Satan in one of my monster movie books that always creeped me out as a child. I guess I owe it to myself to finally check it out. Speaking of... has anyone here seen The Devil's Rain. If so, was are your thoughts? I was considering looking for it as well, just because of the pretty amazing cast. Not a big fan of Satanic-themed films, but there are only so many old(er) sci-fi & horror films out there. I've more or less seen (or own) everything else, so this is one of the few genres left for me to investigate.

Oh, and I am very glad to see the '88 Blob finally making the jump to R1 hi-def. It's a really solid little flick and would've been a winner whether there had been a previous incarnation or not. IMHO, it's one of those remakes that's every bit as good as the original that inspired it. And speaking of remakes, when you take into account the time span between the two we're actually slightly overdue for another cinematic stab at the slithery space slime. The F/X would no doubt be stellar for a 3rd go 'round... but would the overall finished product be as good???

Not really kaiju related but August 13th is going to be a good day for Marvel fans. Iron Man, Iron Man 2, Iron Man 3, Thor, Thor Dark World and Avengers Endgame all hit 4K UHD BD that day. I would assume some point in time this year we'll get the last three Marvel movies those being Ant Man, Doctor Strange and Guardians of the Galaxy
The member formerly known as gvamp

I'm ok with how I have them (a mix of DVD and BRD)...But what they really need to do is offer some outstanding bundle on digital. Since most of the phase 1 movies were released prior to digital services really being offered (or had the digital copy that you actually downloaded onto your computer or device) , purchasing them again is not cost effective, nor is paying full price for digital. I'd pay maybe $25 for the first 6 films on digital, certainly not the $20 per film digital sites are asking now. Of course Im sure all the MCU films will be on Disney+ streaming when it comes out, and I guess that will be my *convenience* factor, when I don't feel like popping in a disc.

It's odd that I hear more and more people talk about not owning disc players, and I guess there is more than enough content out there to keep people entertained. But man, where do you go for so many classic older films? I'm so glad I have my physical discs and will continue to purchase them,
There are no more good TV Shows, only ones that haven't disappointed me yet.

I had only a few Marvel movies on BD so I don't mind waiting for the 4K releases. It looks like the last few titles will come out in September. Once they do come out I'm going to rewatch all the movies over again.

I know most people want to go in chronological order which would put Cap 1 and Captain Marvel at the beginning but they feel that its best to leave them in the spots I put because it doesn't detract from any "future" surprises.
The member formerly known as gvamp

Arrow's re-releasing Hellraiser and Hellbound: Hellraiser II as single discs after their box set went out of print. I'm very happy about this, as I love these movies and every other version of them available looks like crap!

Fans of PROPHECY (1979) will be happy to know Shout Factory has picked it up, along with a huge batch of other titles!

Shout also announced Silver Bullet is getting a release too. I may have to pick that one up.
The member formerly known as gvamp